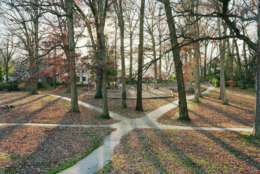 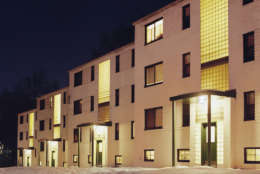 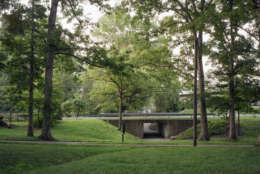 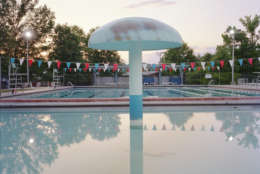 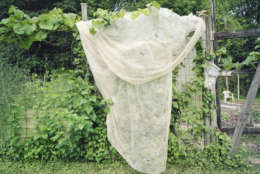 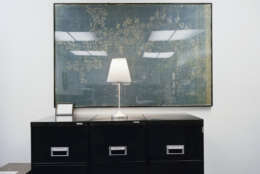 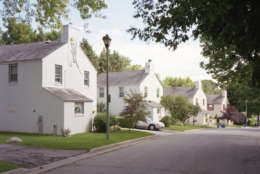 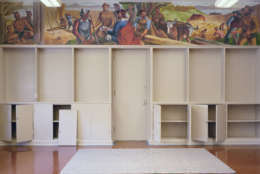 WASHINGTON — Greenbelt, Maryland, sits in a verdant pocket just outside of D.C., accessible by the Capital Beltway or the Metro. And while its leafy surroundings aren’t hard to miss, its historic beginnings may be harder to spot.

“As the populations were pressing toward the perimeters of the cities, Rexford Tugwell had this idea of kind of exploring outward of cities and exploring new suburban land as a new frontier for new communities,” Reblando told WTOP.

Tugwell was a New Deal adviser and headed the Resettlement Administration with the goal of creating affordable housing for displaced farmers and poor urban dwellers. What came about were the three greenbelt towns, based on what is known as “garden city” principles.

Those principles were set forth by an Englishman, Ebenezer Howard, who was “appalled by the overcrowded slums of London in the late 19th century,” Reblando said.

Greenbelt’s modest houses were built intentionally. “They were built to connote egalitarianism instead of a showy, ostentatious McMansion as we might see modern housing today,” Reblando said.

There were also lots of common green spaces, he said, built into the community to encourage neighborly interaction as well as direct interaction with nature. The term greenbelt refers to the thick belt of parks and forest area planned around each community, which was meant to also serve as a natural boundary to the cities.

“It’s kind of a reaction to the overcrowding and kind of slum-conditions that cities were experiencing during the 1930s,” he added.

As much as Greenbelt was an exercise in physical planning, it also served a social purpose. The planned community drew 5,700 applicants for the original residences, according to Greenbelt’s website. Besides meeting income criteria, future residents also had “to demonstrate willingness to participate in community organizations,” the website reads. (And the first families who settled in Greenbelt in 1937 were all white, the city’s website admitted.)

The federally built community, with its co-op gas station and food store, took root during a time when fears of communism and socialism were inflamed. Critics nicknamed Tugwell “Rex the Red,” and he eventually left the administration. The private sector also had unfavorable views of the government making forays into the housing business.

“The same political divisions that kind of created and were in the air at the formation of the greenbelt towns are still alive and well today,” Reblando said.

While the communities were as much a housing and job creation project, “the idealism did eventually clash with reality,” he added. “I think a lot of expectations were put upon them, and a lot of people were looking at them as these model communities.”

Reblando, now based in Chicago, had grown up in suburban Long Island. When talking about greenbelt towns, he stays reverential. After visiting Greenbelt, Maryland, he said, “The housing there is very, very special. Between the layout and the 1930s architecture, you can tell that it is from another time.”

“It’s kind of like living in a little museum, and people are not only keeping the housing up but living out these greenbelt and New Deal principles there.”

Jason Reblando will make a presentation and sign books on Thursday, Oct. 19, at 7:30 p.m. in the Greenbelt Community Center. The event is free to the public. Find more information.

As WTOP's Evening Anchor, Dimitri Sotis is honored to serve as the voice that helps overnight workers wake up - and catch up on what has happened throughout the day.  Dimitri works to bring you news and information on every platform and loves doing it. 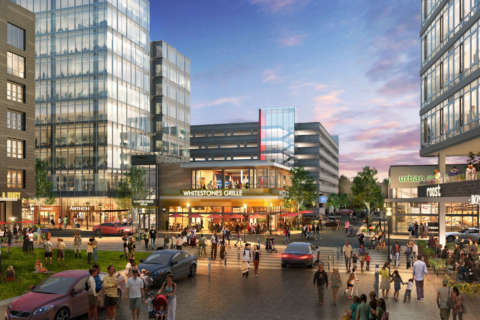