Vending machines in such places as county offices and libraries would be required to have "healthy" items making up at least half of the selection.
Listen now to WTOP News WTOP.com | Alexa | Google Home | WTOP App | 103.5 FM

The policy — which came from the county executive’s office and is still being implemented — would require more healthy items in vending machines in such places as county offices and libraries.

At a county council committee meeting Thursday, council members said they wanted to turn that policy into legislation in order to ensure it remains in place even as administrations change.

The committee approved the measure, which would require half of the food and beverage items in the vending machines to be selections deemed “healthy.” Such food options would have to contain no more than 200 calories per package. Healthy beverages would have fewer than 40 calories per serving.

Rules would also govern allowable percentages of calories from fat, from saturated fat and from sugars. Some exceptions would be made for fruits, vegetables, nuts, seeds and certain dairy products.

A representative from the county executive’s office told council members the measure would go a step further than the government’s current policy by keeping certain products out of vending machines altogether. No packaged food or beverages with more than a half gram of trans fat per serving — or with more than 200 milligrams of sodium per package — would be allowed.

Beverages over 20 ounces or 250 calories would also not be allowed. “A 20-ounce version of Mountain Dew would not meet this criteria, nor would a Fanta meet that criteria,” said Ellen Valentino, who represents beverage companies, which have a significant presence in the county. She urged the committee to deliberate further on several items.

The measure further specifies that the healthy items should be “stocked in positions with highest-selling potential” and displayed in a way that makes them “easily distinguishable” from the other vending items. The healthy items must also be priced comparably to the other items.

“There are lots of options out there. And this is really about making sure that all of our employees and, frankly, all of the people who visit our libraries have the ability to see a variety of options and make those choices,” said Council member Dannielle Glaros, one of the measure’s sponsors.

In many communities, access to healthier options is limited, said Akil Patterson, of the group Sugar Free Kids. “On county properties, you can expose those individuals to healthy beverages and snacks,” he said.

The document considered by council members would have had the amount of “healthy” items required in the vending machines automatically increase to 65 percent for new or renewed vending contracts, but council members adopted an amendment stating that the change would have to be recommended by the executive and then voted on.

The county executive’s office officially took no position on the legislation.

In supporting the move, council members and advocates from several prominent health groups stressed the need to fight diseases linked to poor nutrition.

Council members said the legislation would not affect parks and recreation facilities, because a similar measure affecting those facilities was already passed. Council members also said schools would not be affected, because they already adhere to stricter standards.

The measure is similar to others that have passed in Montgomery and Howard counties and in D.C. 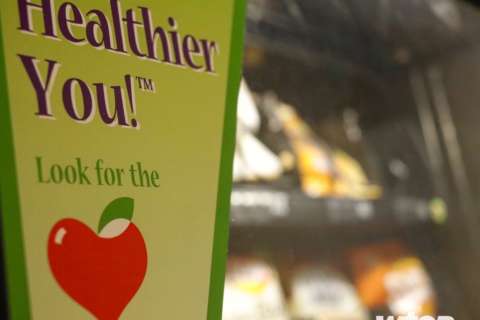 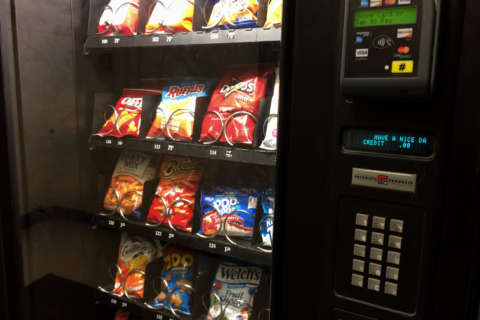