The historian is charged with stealing dog tags and other documents belonging to U.S. servicemen whose planes had crashed during World War II, then selling them on eBay.
Listen now to WTOP News WTOP.com | Alexa | Google Home | WTOP App | 103.5 FM

WASHINGTON — A historian has been charged with stealing and selling artifacts from fallen World War II airmen from the National Archives.

On at least one occasion, the Justice Department said DeHays traded a dog tag from a Tuskegee Airman for the chance to sit in a Spitfire, the iconic British World War II fighter plane.

The statement read that the thefts occurred between October 2015 and last Friday, and that investigators, following up a search warrant, found six dog tags and other documents at DeHays’ home. He was charged with theft of government records and had his first court appearance Tuesday.

Archivist of the United States David Ferriero said in the statement, “The theft of our history should anger any citizen, but as a veteran, I am shocked at allegations that a historian would show such disregard for records and artifacts documenting those captured or killed in World War II.  Although we have increased our security measures in recent years, this case highlights the constant threat our records and artifacts face and why the security of the holdings of the National Archives is my highest priority.” 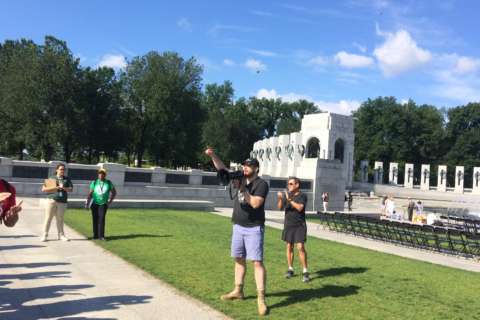