Fire gutted an apartment complex in Fort Washington, leaving a gaping hole where a wall and roof once stood just off Brinkley Road in the shadow of the beltway.

WASHINGTON — Fire gutted an apartment complex in Fort Washington, leaving a gaping hole where a wall and roof once stood just off Brinkley Road in the shadow of the beltway.

Residents from nearly a dozen units have been displaced, but extraordinary measures taken by those who live there ensured everyone would live to tell about it. 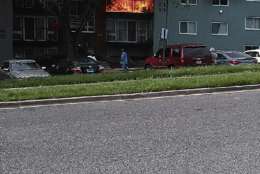 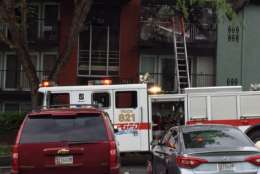 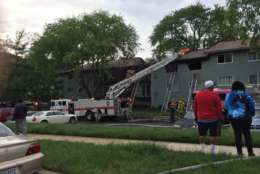 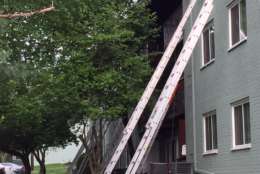 One of them was made by Kent Boone, who lives across the street from where the fire started.

“I called 911 because a lady was standing outside the building yelling ‘someone please call 911’ about four or five times,” said Boone. “We saw the smoke, that’s when I jetted out the house and ran over.”

By that point, there was little he could do himself.

Firefighters from Prince George’s and Fairfax Counties arrived soon after.

“We ushered probably three or four down off balconies.”

He said others around the building didn’t wait.

“We also understand that before our arrival, some residents had either jumped from other balconies or were assisted down to safety.