‘Heavy Metal Parking Lot’ gets its own exhibition on 30th anniversary

Filmed 30 years ago this week outside the long-gone Capital Centre in Landover, the cult classic rock documentary "Heavy Metal Parking Lot" is the subject of a new exhibition at the University of Maryland College Park.
(1/8) 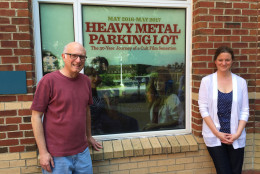 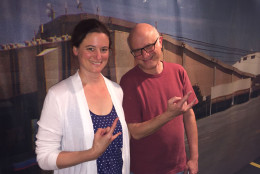 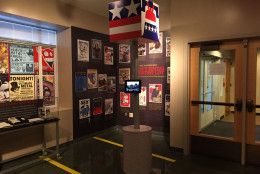 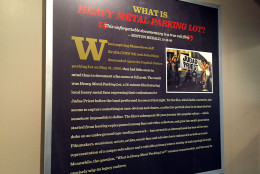 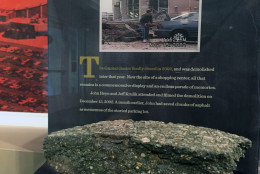 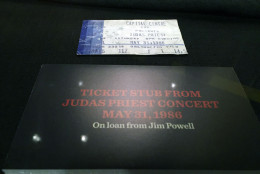 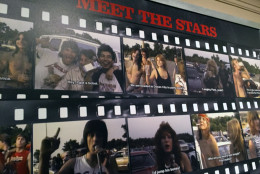 COLLEGE PARK, Md. — Filmed 30 years ago this week outside the long-gone Capital Centre in Landover, the cult classic rock documentary “Heavy Metal Parking Lot” is the subject of a new exhibition at the University of Maryland College Park.

“Heavy Metal Parking Lot: The 30-Year Journey of a Cult Film Sensation” will be open at the Gallery at the Michelle Smith Performing Arts Library through May 2017.

May 31, 1986, was the day Maryland graduate Jeff Krulik and co-producer John Heyn decided to make their short film.

“John had the idea; I had the equipment. We drove my car a mile away to the Capital Centre — just paid our way like any concertgoer — and we took our equipment out and started taping the fans,” Krulik said.

He says they were lucky to film fans of a band that is still performing and relevant today.

“We were there because it was a nice spring night, it was a Saturday night, and it just happened to be Judas Priest,” Krulik said.

“Their music holds up. Nowadays everything’s taped endlessly, but back then it was really rare, which is what’s helped make it special and continue to have this shelf life.”

As years went by, Krulik says, the film was copied and passed around, and earned a following.

“It really kind of was this pre-viral viral video. I mean, it just took on a life of its own that we had no control over. We may have had a small hand in [it] inadvertently by just giving tapes to people. It’s very gratifying — let me tell you — to have something people will be interested in these many years later,” he said.

“Everybody who I asked to help out was so enthusiastic. It was unlike any other project I’ve worked on, because as soon as I mention it, it’s like ‘Oh, I love that movie!” and they’d start doing the devil horns or telling me about their own experience with heavy metal,” she said.

The exhibition has a parking lot feel, complete with yellow lines on the floor in front of an image of the Capital Centre on a curtain.

Items on display include a chunk of asphalt taken from the Capital Centre parking lot in 2002, the year it was demolished.

Schnitker says the plan is to offer programming that will get students involved in the exhibition.

“It’s a really rich area of study, because this is a kind of music that has always worn its heart on its sleeve. There’s a lot of identity issues that you can look at when it comes to heavy metal. There’s gender; there’s sexuality; there’s class, politics.”

You can watch “Heavy Metal Parking Lot” free on their website.