Bush, who played the past two seasons at Bishop Ireton, has accepted a scholarship offer from Coastal Carolina. He finished the season with 31 tackles for loss, 26 sacks and three blocked punts as Freedom dominated its way to a 15-0 record.
Listen now to WTOP News WTOP.com | Alexa | Google Home | WTOP App | 103.5 FM 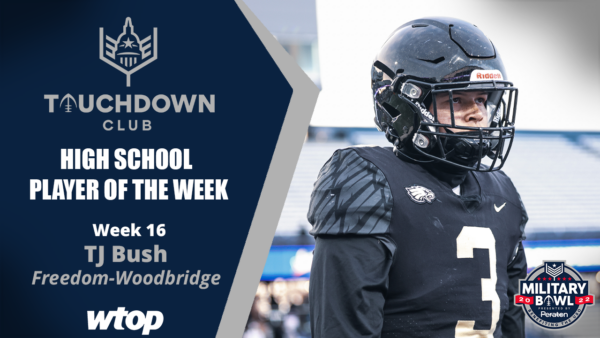 The Freedom-Woodbridge High football team attracted plenty of attention for its record-setting offense this season. Its defense, led by standout defensive end TJ Bush, wasn’t too shabby either.

Bush had two sacks and made five tackles for loss this past Saturday, helping the Eagles put the finishing touch on a most special season with a 48-14 victory over Madison in the Virginia 6A championship game.

For his efforts, Bush was named the Military Bowl DC Touchdown Club High School Football Player of the Week.

“He was phenomenal,” Coach Darryl Overton said. “Madison is a running team, but like we have done all year, we made them one dimensional. They couldn’t run the ball at all. That was mainly due to TJ. He’s been dominating for us.”

Bush, who played the past two seasons at Bishop Ireton, has accepted a scholarship offer from Coastal Carolina. He finished the season with 31 tackles for loss, 26 sacks and three blocked punts as Freedom dominated its way to a 15-0 record. The Eagles’ closest game was a 36-13 win over Stone Bridge on Sept. 8 — they outscored opponents 972 to 148.

Madison, which entered with an 11-game winning streak, stayed within striking distance for a half, trailing 21-7 at halftime. But on the first possession of the second half, facing fourth-and-goal from the 1-yard line, Freedom put things away. Bush, who also plays tight end, lined up in the backfield with specific instructions to lead the way for running back Jeffrey Overton Jr.

“We told him, ‘We’re running behind you. Anybody gets in the way, get them out of the way,’ “ Overton said. “That was big. Coming out of halftime you want to come out and put things away.” 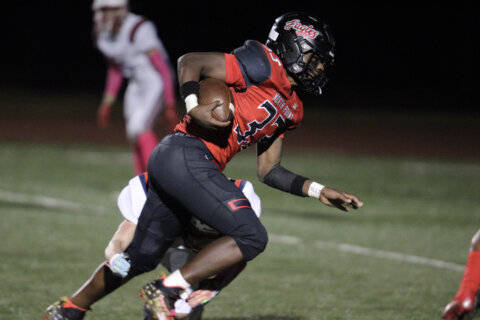 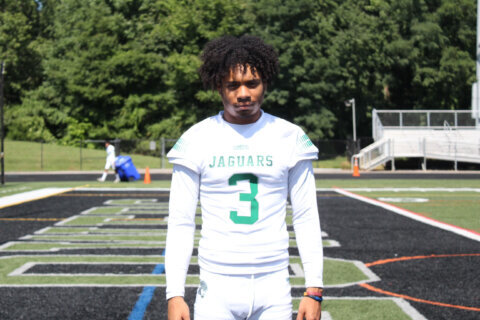