Focus on strengths, not weaknesses, in new parenting approach

WASHINGTON — It’s a situation most parents have been in and many bystanders have witnessed: the public display of defiant behavior from a young child — otherwise known as a temper tantrum.

Focusing on the negative behavior at hand, however, might not be the best way to parent through such an outburst. New research shows a little spin can go a long way.

“What the neuroscientists are telling us is that it doesn’t matter how much we love our children, our brains are wired to zoom in on the faults … to look around in the environment and spot what is negative and what needs to be fixed,” said Lea Waters, chair of positive psychology at University of Melbourne.

However, in her new book, “The Strength Switch,” Waters examines what can happen when parents focus on their children’s strengths, instead of their flaws.

After all, a strong sense of determination may be at the route of their rebellion.

“It’s really just an approach to parenting where we seek to help our kids make the most of and maximize the skills, the talents and the positive qualities they already have, rather than putting our energy and emphasis on sort of compensating for what our children lack,” Waters said.

Two decades worth of research show that when parents support the strengths of their children, they perform better, have an improved sense of self-confidence and are more resilient.

Strengths can include anything from curiosity to critical thinking, and even athletic ability and artistic talent. Waters says if it’s something that you excel in and are self-motivated to do, it’s a strength.

“It’s looking at what they already have, what they came built with. That is their compass for how it is that you help to raise them,” Waters said.

How to start practicing strength-based parenting

The next time you see good behavior in your child, ask yourself, “What is the strength that sits behind that behavior?” Perhaps it was compassion that prompted your toddler to share his favorite toy or a strong work ethic that earned your teenager high test scores.

“The technique is called strength-spotting. It’s learning how to spot the strengths in your children when things are going well,” Waters said.

Then, when things aren’t going so well, it’s easier to better understand the source of the behavior.

For example, if a child is being bossy or nosy in a situation, they may have a strength of leadership, but they’re overusing it. If your little one comes off as disrespectful for telling a joke in an inappropriate way, teach them to use their strength (humor) in a more appropriate way, Waters says.

To be clear: Strength-based parenting doesn’t mean letting your kids get away with inappropriate behavior.

“You’re still disciplining your child; you’re still teaching them about what is the right behavior, but you’re doing it from a strength-based perspective. It’s about teaching them as they mature when to call on that strength so it serves them well,” Waters said.

That strong-willed toddler you have? Knowing that his willpower could take him to great places if used correctly, just might make his meltdowns more tolerable.

“He’ll know how to set boundaries, he’ll be clear about what he wants, he’s got good leadership; it’s just about teaching him as he matures about when to call on that strength,” Waters said. 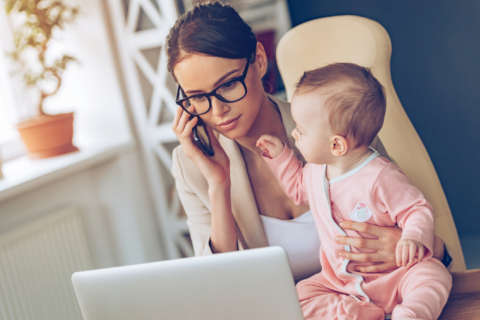