CHANTILLY, Va. — Earlier this spring, the story of a Baltimore middle schooler winning a national chess championship took off like wildfire around the corners of the local news world. The only problem was, while it was a nice story, it wasn’t exactly true. It was especially a shame, because chess is a little-covered game in the sports world, and because there’s an actual national champion middle-schooler right here in our backyard. 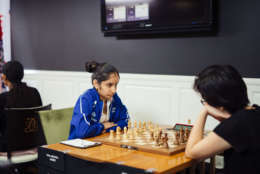 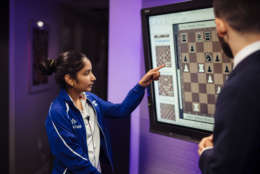 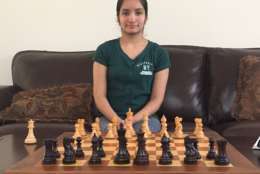 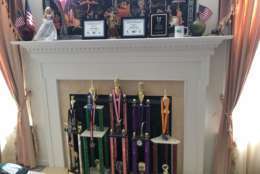 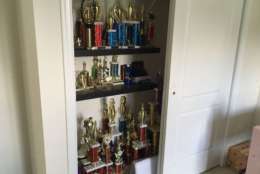 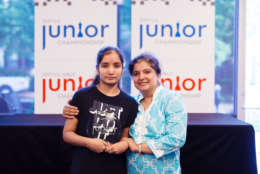 Last month, 14-year-old Akshita Gorti of Chantilly was one of 10 players invited to the U.S. Girls’ Junior Championship in St. Louis, the top competition in America for female players 20 and younger. Playing the other nine competitors once each over the 10-day tournament, she didn’t lose a single match, winning five and drawing four to win the title.

But you don’t need the results of a single tournament to know that Akshita is the real deal. Just ask Tony Rich, executive director of the Chess Club & Scholastic Center of Saint Louis.

“She’s already (almost) in the top 10 female chess players in the United States, regardless of age,” said Rich.

Following her win in St. Louis, Akshita’s rating has jumped to 2358. She’s the highest-rated girl of her age in America, but also, as Rich alluded to, the 11th-ranked women’s player in America. And despite chess’ heavy male dominance in participation, she’s already the 331st-best player of nearly 62,000 players with official rankings in the United States overall, regardless of age or gender.

“She’s in the top one percent of all chess players worldwide,” said Rich.

And she’s just getting started.

One thing that you learn the more you see talented youngsters achieving great things is that each share a particular trait in common. It’s not some innate talent or ability that distinguishes them, but rather an insatiable thirst for knowledge and mastery of their craft, a desire for knowledge and experience that only grows the more they acquire. Akshita displays these same traits, eagerly devouring challenges she finds online and in chess books.

“You try to practice everything, all aspects of the game,” she said, something she does each day once she’s done with her home schooling.” You do tactics, so your brain stays sharp and you can find them (in matches).”

She doesn’t like playing against the computer because the computer doesn’t play like a human. A computer is programmed to find the best possible move in any situation, with no reliance on human instinct. It never really makes “mistakes,” creating the types of openings a human player might give you during a game. For Akshita, if a simulation doesn’t play like her actual opponents, she can’t really learn anything from it.

Akshita said she watches all the top-level players, from 23 year-old Minnesotan Wesley So and world champion Magnus Carlson to many others.

“I follow different peoples’ games to learn their different styles, so I can also be versatile,” she said.

That versatility was already visibly making its way into her game according to Rich, watching her play last month.

“Stylistically, she’s very stable, which is something that’s unusual for girls of her age,” he said. “She can play to whatever style is necessary for the particular game.”

Those that compete in the Junior Girls’ Championship can also compete in the general Junior Championship. That’s one of the nice things about chess — there’s no physical barrier or athletic advantage preventing female players from rising to among the game’s elite. Akshita often faces male competitors, as well as those much older than her. It’s a challenge she seems to take in stride as any other.

“Whoever I play with, I just try to play the game,” she said. “I don’t really care where they’re from.”

And while chess offers a level playing field once the competitors sit down to play, like many aspects of society, there have often been institutional roadblocks obstructing the path to that point.

“Chess has suffered for a long time of being a male-dominated sport,” said Rich. “So, we like to provide more opportunities for women and girls to continue with the game and be professional chess players instead of finding another career path.”

While the U.S. Girls’ Junior Championship featured players from all over the country, the field was dominated largely by Asian-Americans, raised in the traditions of their ancestral countries where the game is more widespread.

“There is some homegrown talent that competes in these events,” says Rich. “But most of the chess players here are either immigrants themselves, or first-generation Americans … It’s a much more popular game there, so you end up with more girls who play, therefore you find stronger girls from those countries.”

Count Akshita among that group. Her family is from India, where chess is much more popular and commonly played among women. While Akshita’s own parents never played, a neighbor and friend of her mother taught Akshita when she was five or six and got her into the game. Less than a decade later, she’s one of the top young players in the country, having already represented the United States as part of the national team at the World Women’s Team Chess Championships in Russia earlier this summer.

Akshita will have a chance to show off her chops and challenge herself again at home before her next big trip. She’ll play in the Washington International Aug. 12-16 in Rockville, Maryland, before heading to Greensboro, North Carolina, at the end of the month to compete in the US Masters.

Even though she hasn’t started the ninth grade yet, it’s only fitting that Akshita is already looking several moves ahead to what the next few years might bring. She wants to play in college, for sure, but she has higher aspirations than just that.

“I guess I’ll get there when I get there, but I definitely want to be the top American women’s player,” she said.

She’s got some time to get there.

Skiers might be at lower risk for anxiety, study finds