Garrett Roe of Vienna, Virginia, didn't catch on in the NHL — but he is a second-generation hockey player with a chance to be a part of a second "Miracle on Ice."
Listen now to WTOP News WTOP.com | Alexa | Google Home | WTOP App | 103.5 FM
(1/4) 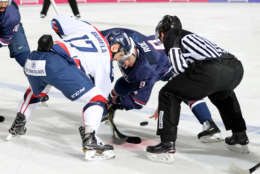 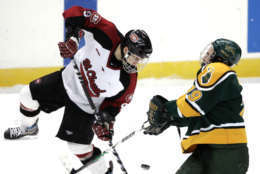 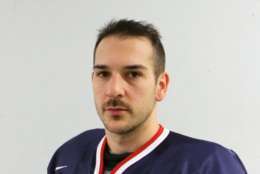 Editor’s Note: This is the second story in a four-part series highlighting local athletes who will represent Team USA in the 2018 Winter Olympics in Pyeongchang. Stay tuned for more stories throughout the week. Read the first story on speedskater Maame Biney here.

WASHINGTON — Despite growing up a hockey prodigy and being drafted by the Los Angeles Kings in 2008, Garrett Roe has yet to fulfill his dream of playing on NHL ice. But the disappointment of not catching on in the NHL opened the door for a different dream — earning a spot on the U.S. men’s hockey team in time to compete in the 2018 Winter Olympics.

Roe, a native of Vienna, Virginia, learned the game from his father, Larry, who coached and played the sport and made sure his sons were able to do the same. Roe played his way into becoming a standout hockey player at St. Cloud State University in Minnesota, setting the school record for assists and ranking third all-time in points scored.

Roe’s journey from Vienna to Pyeongchang has been a winding road that’s taken him through four leagues in four different countries. Roe and his wife still live in the Vienna area during the summer, but he currently plays in Switzerland, where he is the leading scorer for EV Zug.

“Over here … it’s great hockey and a high quality of life,” Roe told WTOP before embarking for South Korea.

“We love living in Europe and we’ve been able to see different parts of the world, and also still [play] great ice hockey in various leagues where people care about the sport deeply, and it’s been nothing but great times for us.”

It’s a bright side Roe has learned to appreciate after his NHL aspirations fell short.

“It’s different,” Roe said. “The NHL is obviously the mecca for us. That was my dream to play in, but obviously, it can’t always happen like that. Obviously, I wish it could.”

However, that would have meant missing out on the Olympics. The NHL decided last April they wouldn’t allow their players to participate in the 2018 Winter Games, opening the door for the 29-year-old Roe to represent his country in the Olympics.

Roe said of the silver lining: “Ultimately, I still wish I could be playing in the NHL full time, but at the same time, another opportunity has popped up and it’s been great. I’m excited for the opportunity, and it makes it a little bit easier to not be in the NHL by being named to the Olympic team.”

“Obviously, both sides have pros and cons, just depending on how you take the positive out of everything.”

Roe is playing on a roster few seem to know how to handicap, a roster full of fresh and little-known players. Fifteen of the 23 players are from European squads, with only one player — Brian Gionta — owning notable NHL experience. At 39, Gionta is also the team’s oldest player, nearly twice the age of the youngest player, 20-year-old Troy Terry.

“Some kids are in college, some guys have kids,” Roe said. “It’s obviously different, but we play a team sport and everyone deserves to be on the team so … hopefully we can come together and click well and click quickly to try and achieve our goal.”

Russia and Canada are the odds-on favorites to win gold, so that goal would be to repeat American history. In 1980, the United States stunned the Soviet Union — then the defending gold medalist — in the famous “Miracle on Ice.”

Roe, however, doesn’t want to entertain that talk.

“I’ve never seen a team win a championship based off of paper,” Roe said. “I like the team we have; I think we have a lot of blue collar type guys. We’re going to be a team that’s extremely hard to play against and hopefully extremely hard to beat. That’s the goal.”

“We’re not going in there with an idea to participate in the Olympics; we want to come home with a medal and that’s the standard of USA Hockey. That’s what we expect from ourselves and that’s what we’re hoping for,” he added.

The location of the Winter Games has given rise to possible distractions stemming from the ongoing dispute between North and South Korea. But Roe isn’t focused on that.

“It’s in the back of your head but hopefully nothing happens. We don’t really worry about it — or can’t worry about it, because there’s nothing we can really do. It’s just kind of trusting the people in position to protect us and hopefully everything goes smoothly.”

Roe’s attention is on Team USA pulling off an improbable run to a gold medal. 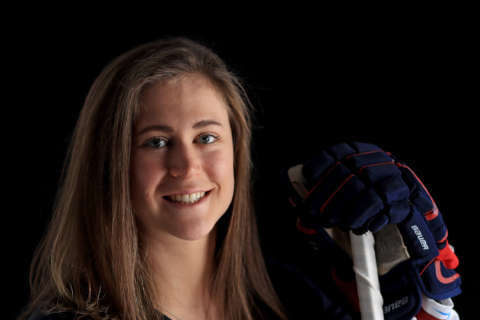 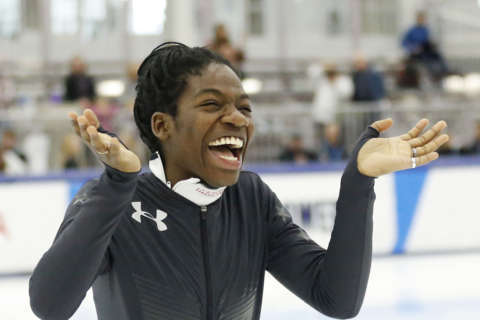 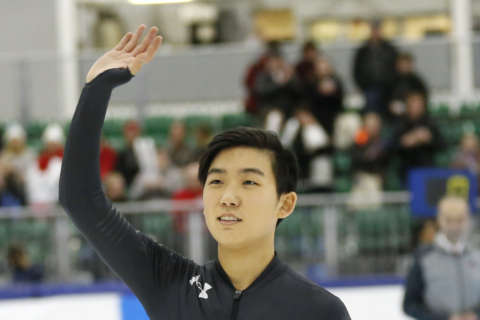 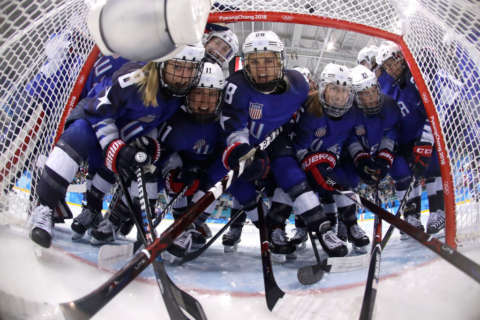 How are local athletes performing at the Olympics?