The defending Stanley Cup champions found a way to get better, the NHL’s top team solved a problem that has hurt it in the past, and another filled a major void created by an injury.

Some of hockey’s best teams got a head start on the trade deadline Saturday by making important moves and scooping up some of the hottest players on the market. The cap-strapped, reigning champion Tampa Bay Lightning surrendered three draft picks to get defenseman David Savard, the Colorado Avalanche landed veteran goaltender Devan Dubnyk, and the Florida Panthers did something to compensate for Aaron Ekblad’s absence by acquiring defenseman Brandon Montour.

“I wanted to get David Savard on our team, and the sooner the better,” Lightning general manager Julien BriseBois said. “It’s really, really hard to win the Stanley Cup. … If there was an opportunity for me to add a good player to our group to give it a little bit of a boost, I felt like I owed it to them to make that happen.”

Given the Lightning’s salary-cap situation, BriseBois said a month ago, “Realistically, I think it’s unlikely that we’re going to be adding a player between now and the trade deadline.” It was only possible because the Columbus Blue Jackets retained half of Savard’s salary — for a 2021 first- and a 2022 third-round pick — and the Detroit Red Wings took 25% for a fourth-rounder and Tampa Bay taking minor leaguer Brian Lashoff.

“I didn’t really expect us to be able to pull this off,” BriseBois said. “We used our draft picks to purchase cap space to acquire a good player and squeeze him on to our team, and I know that we’re going to be a harder out now come playoff time because David Savard’s going to be wearing our jersey.”

Savard gives Tampa Bay a physical presence on the right side of the blue line, a role Zach Bogosian, now with Toronto, filled during the 2020 Cup run. The Lightning also expect to get 2019 MVP Nikita Kucherov back from hip surgery when the playoffs begin in mid-May.

“I know they have the recipe to win again,” Savard said. “They’ve had a great team for numbers of years, so I’m really excited to go on a team that has a chance to win the Stanley Cup. I couldn’t be more pumped to go meet the guys and join the team and be part of a run again.”

Colorado didn’t go on as long a run in the playoff bubble as it would have liked after top two goalies Philipp Grubauer and Pavel Francouz went down with injuries. After acquiring goalie Jonas Johansson last month, general manager Joe Sakic added more depth in goal with Dubnyk by sending defenseman Greg Pateryn and a fifth-round pick to San Jose.

He also gave the locker room a boost with the Avalanche atop the league standings.

“I think it sends a pretty strong message that obviously he believes in this group and that we are trying to make a run at this thing,” Colorado captain Gabriel Landeskog said. “That’s been no secret from Day 1 of training camp.”

Florida is a new addition to the class of Cup contenders and was in that stratosphere in large part because of Ekblad’s play before his season-ending injury in late March. The Panthers can’t replace Ekblad, but they took a step past his injury by sending a third-round pick to Buffalo for Montour.

“He’s a very skilled defenseman,” Panthers captain Aleksander Barkov said. “He can help us with the puck and the offensive game, holds the puck really well. Good addition.”

With less than 48 hours remaining until the deadline, there are many prominent players still waiting to find out where they’re going. Buffalo is also expected to trade winger Taylor Hall; Detroit center Luke Glendening and goalie Jonathan Bernier are available; and Columbus could listen on captain Nick Foligno, who is a pending free agent.

The Avalanche have over $4 million in cap space to make another move, and coach Jared Bednar said options will be explored. Much like other contenders, the Lightning are capped out, but BriseBois won’t rule anything out.

“I’m not turning my phone off been now and 3 o’clock on Monday,” he said. “If something comes up that makes sense that makes us a better team, obviously we’ll explore it, and if it makes sense we’ll pull the trigger and make another trade.” 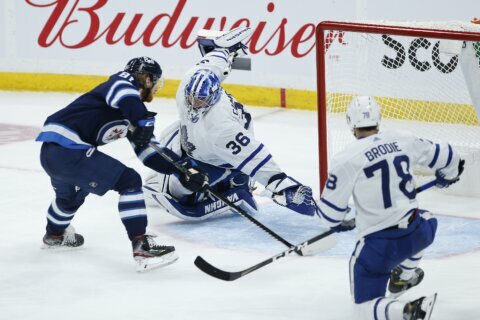 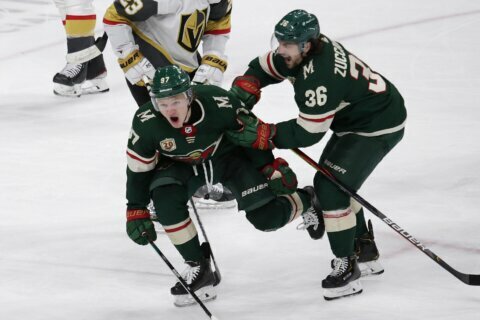 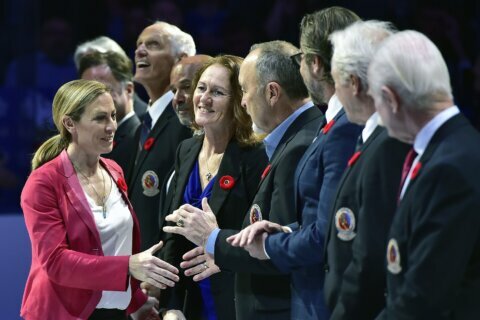