Jim Irsay’s decision to hire Jeff Saturday as interim head coach of the Indianapolis Colts stunned people internally and around the league, prompting critics to immediately go after Irsay for hiring an inexperienced former player instead of elevating someone from the coaching staff or adhering to the Rooney Rule.
Listen now to WTOP News WTOP.com | Alexa | Google Home | WTOP App | 103.5 FM

A former two-time All-Pro center who snapped the ball to Hall of Fame quarterback Peyton Manning for 12 seasons, Saturday surely knows his X’s and O’s.

But the TV analyst’s only coaching experience was a three-year stint at Hebron Christian Academy in Georgia, where he led the team to a 20-16 record with three playoff appearances.

Irsay’s decision stunned people internally and around the league, though his affinity for Saturday was known throughout the organization. Saturday played 13 seasons for the Colts, made the Pro Bowl six times, helped them win a Super Bowl and is a member of the team’s Ring of Honor.

Critics immediately went after Irsay for hiring an inexperienced former player instead of elevating someone from the coaching staff, which is typical during in-season firings. Colts defensive coordinator Gus Bradley previously served as a head coach in Jacksonville from 2013-16. Senior defensive assistant John Fox spent 16 seasons as head coach in Carolina, Denver and Chicago, and led the Panthers and Broncos to Super Bowl appearances.

Former NFL quarterback and current ESPN analyst Robert Griffin III called Irsay’s decision “a head-scratching slap in the face to every coach on that staff” in a post on Twitter.

“The Rooney Rule is the only universal hiring policy used by the NFL to promote fairness and diversity,” The Alliance said in a statement. “However, (Monday’s) news in Indianapolis illuminated a gap in the league’s stated objective. If the spirit of the rule is to expand opportunities, we believe that it must be consistently applied, even in the hiring of interim positions.”

Irsay and the Colts didn’t have to follow the Rooney Rule requirements for interviewing minority candidates because Saturday replaced Frank Reich during the season. The team will have to fulfill those requirements after the season when seeking a permanent hire.

“We’re following the Rooney Rule to a ‘T.’ I really look forward to the interview process at the end of the season,” Irsay said.

This wasn’t the first time Irsay went after Saturday, who is a paid consultant for the team and was working as an analyst at ESPN.

“Now understand, we’ve tried to hire Jeff a couple times,” Colts general manager Chris Ballard said. “We tried to hire him in 2019 as the offensive line coach and we tried to hire him again this year — just didn’t work out. The timing didn’t work out. I spent a lot of time with Jeff — like I have with a few of the ex-players here, and it doesn’t take long to figure out that he’s got real leadership in him, real special in that regard. For this eight-game stretch and where we’re at, we thought he was going to be a really good fit for us.”

The Colts (3-5-1) are headed nowhere and Matt Ryan’s benching for inexperienced and overwhelmed quarterback Sam Ehlinger indicates the team has prioritized draft positioning. Reich began each of his five seasons in Indianapolis with a different quarterback, so ensuring a top draft pick to select a potential franchise QB would be a wise strategy.

That leaves Saturday in a can’t-lose position.

If he somehow finds a way to lead the Colts to a winning record or even a 4-4 mark over the last eight games, it would be quite an achievement given the state of the team.

If the Colts lose enough games to end up with one of the top QBs in the draft, Saturday would have helped set the team up for potential future success.

Irsay made a bold, outside-the-box move that opened him up for scrutiny and criticism. It’s clear he doesn’t care about public perception. 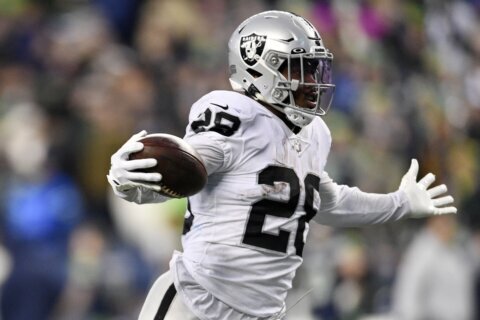 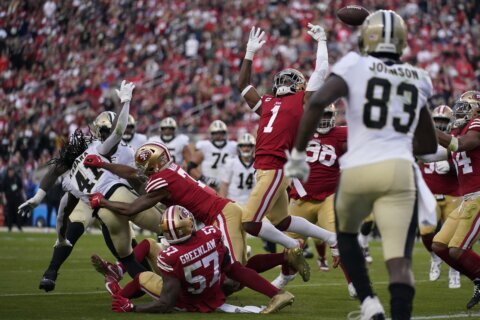