Leslie Frazier expected another opportunity to be a head coach in the NFL after a three-year-plus stint in Minnesota from…
Listen now to WTOP News WTOP.com | Alexa | Google Home | WTOP App | 103.5 FM

Leslie Frazier expected another opportunity to be a head coach in the NFL after a three-year-plus stint in Minnesota from 2010-13.

The Buffalo Bills’ 63-year-old defensive coordinator is still waiting for that second chance while doing his best to help young coaches advance their careers. Frazier was among the featured speakers at the NFL Quarterback Coaching Summit last month.

“I’d be lying if I told you that I felt like it would take this long to have that opportunity come along, especially after some of the success and particularly the most recent success we’ve had in Buffalo,” Frazier said on the AP Pro Football Podcast. “So it’s discouraging in some ways, but you just have to be able to control what you can control. I’m going to do the very best I can and help us to have another good defense in 2022 and help the Buffalo Bills win as many games as we can and put us in a position to compete for the world championship.”

“Two of those cases, they said we would prefer to go with an offensive coach and they pointed to their young quarterback as the reason,” Frazier said. “And, I said this to both teams that I think I would do a good job of hiring a strong offensive coordinator, even though my background is defense. There have been a lot of defensive head coaches that have won Super Bowls in our league because at the end of the day, you need the right leadership. … It’s unfortunate. I think it’s very narrow-minded to only see the head coach as an offensive guy because you have a young quarterback. You need the right leader in that role because you’ve got to be able to handle multiple responsibilities, not just call offensive plays. I just I think that’s a misguided approach, but I’m not the guy doing the hiring.”

At the QB Summit, Frazier did a presentation on how to interview for a position as a quarterbacks coach. He interviewed Jaguars quality control coach Henry Burris and Vikings assistant QBs coach Jerrod Johnson and fielded questions from coaches in attendance.

A wide receivers coach and a running backs coach both asked Frazier how they could get in a position to become a coordinator because the path from QBs coach has been more direct.

“I just tried to stress to both of them that you work as hard as you can to be the very best that you can at your position and to keep learning the offense and not just get pigeonholed,” Frazier said. “That means you have to listen in on what the offensive line is teaching, what the current quarterbacks coach is teaching. So I found it interesting that guys are really becoming concerned about being pigeonholed when they have greater aspirations. … We need to let coaches know that there are opportunities for them no matter what position they’re at to ascend to that coordinator or head coach role.”

Frazier won a Super Bowl as a player with the Bears on Buddy Ryan’s defense and won another one as an assistant coach under Tony Dungy with the Colts. He was 21-32-1 as head coach with the Vikings.

“The way he treats people, the respect level he has for guys, he’s not a yeller, he’s not a screamer when it comes to that, but he knows his stuff,” said Hall of Fame safety Brian Dawkins, who played under Frazier in Philadelphia.

“You see the defenses that he’s been coaching for a while now, they’re absolutely tearing up the place. So he has a philosophy in place at how he goes about teaching it, and it’s something that is easily digested the way he coaches it.” 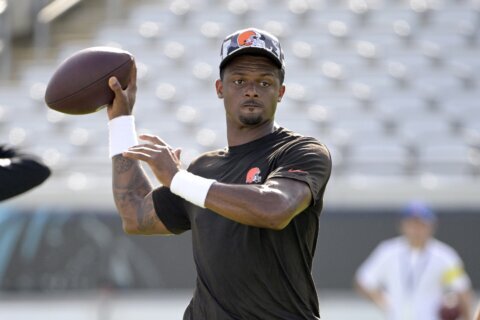