The L.A. Rams are heavy favorites to win the NFC West. Who will be their biggest threat to repeat as division champs?
(1/4) 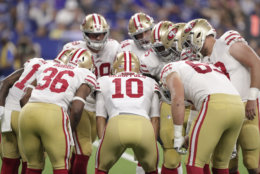 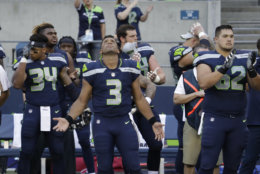 With the speed of their dynamic offense, Sean McVay and the Rams took L.A. and the rest of the league by storm in 2017, surging past reasonable expectations for the first year of the youthful pairing of the 31-year-old wunderkind and his talent-rich roster.

Even more speed arrived in the offseason, with Brandin Cooks added to the bevy of weapons worthy of Tinseltown. Not to be outdone, the defense acquired Ndamukong Suh, Marcus Peters and Aqib Talib — that’s 12 combined Pro Bowls, folks. The tackle tandem of Suh and reigning Defensive Player of the Year Aaron Donald looks great on paper, but only if Donald quickly gets up to speed after finally putting pen to said paper on the big money contract he’d been holding out for. Even still, Robert Quinn took his talents to South Beach, leaving coordinator Wade Phillips’ linebacking corps pretty young and inexperienced.

Though the Rams look loaded, we’re about to see how great a coach McVay really is. He lost two key offensive assistants (Matt LaFleur and Greg Olson) in the offseason and his best player has to return from his holdout happy and ready to dominate. Regardless, the Rams should easily win an NFC West division in flux.

While I omitted it from my list, the curious case of Jimmy Garoppolo is one of the NFL’s burning questions in 2018.

Jimmy G. has started only seven games in his career — but he’s won them all. That’s not a large enough body of work justify the hype he’s garnered this offseason, but it’s plenty to fire up a fan base desperate for a return to glory.

Garoppolo will have some of coach Kyle Shanahan’s former Redskins to aid his quest. Pierre Garcon remains a steady target, and Alfred Morris was a late training camp addition that will be pressed into more action because of Jerick McKinnon’s season-ending knee injury. Marquise Goodwin had a great camp, and figures to make a name for himself in 2018.

Even with the addition of Richard Sherman, the defensive backfield is really shaky. However, that can be overcome in a top-heavy division so long as Solomon Thomas and Rueben Foster live up to expectations. I see the Niners in the Wild Ward hunt, but ultimately finishing too close to .500 to get in the playoffs.

To say Seattle overhauled its coaching staff and defense would be kind. Six players remain from the Seahawks’ Super Bowl XLVIII victory. The defensive line was picked apart. The Legion of Boom is now the Legion of Whom. And the offensive line — already one of the worst units in the league — added D.J. Fluker but somehow keeps Germain Ifedi (aka, The Human Penalty) gainfully employed.

Behind that shaky O-line, Rashad Penny hopes to bring balance to an offense that was Russell Wilson and little else last season, something offensive coordinator Brian Schottenheimer has to fix in his first year at the helm.

Shaquill Griffin mans Richard Sherman’s old spot at left corner, his brother and incredible feel-good story Shaquem Griffin might start the season, and Sebastian Janikowski should solidify the kicking game. But replacing the likes of Cliff Avril and Michael Bennett with Barkevious Mingo doesn’t help the Seahawks in 2018. There’s a chance all this change works out well in the long run, but I have a hard time seeing Pete Carroll staying so excited about it in the now.

New coach Steve Wilks brings his 4-3 defense to the desert, and so far it looks good.

The Cardinals defense forced eight turnovers (8!) in a preseason win in Dallas, and while that’s not necessarily guaranteed to continue in the regular season, it looks like they’ll be every bit as good as the the top 10 unit from last year. Robert Nkemdiche will need to step up and play like the first rounder he is to take that D-line to the next level.

But on offense, Sam “Mr. Glass” Bradford is expected to start, which all but assures first-round pick Josh Rosen will get some snaps this season. Even with legend Larry Fitzgerald and all-purpose RB David Johnson back, a last place finish might just be in the cards for a rookie coach and rookie QB simultaneously learning on the job. 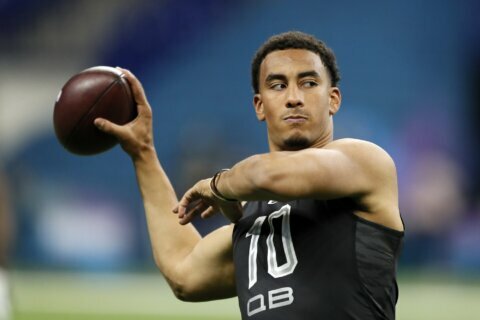 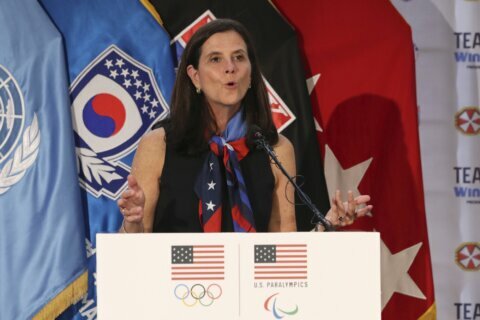