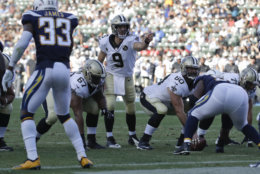 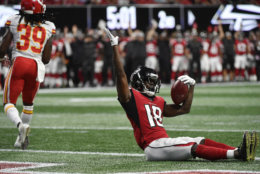 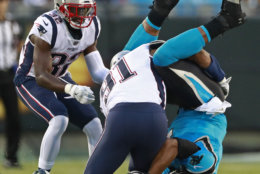 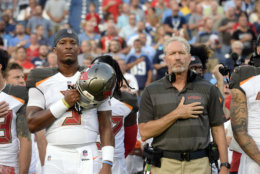 New Orleans came within a Marcus Williams missed tackle of the NFC championship game, and possibly the Super Bowl. The Saints — and Williams in particular — are using that as motivation for 2018.

For a team as talented as the Saints, that added motivation could carry them very far. They still have a two-headed monster at running back (Alvin Kamara and Melvin Ingram), a future Hall-of-Fame QB in Drew Brees and Michael Thomas is quietly one of the best receivers in the game, entering his third season having tallied a combined 196 catches and 14 TDs in his two 1,000-yard seasons.

The defense that took the NFL by surprise last season is expected to be even stronger after New Orleans traded up to get Marcus Davenport in the first round of the draft, adding even more quality pass rush to one of the league’s best secondaries. New Orleans is one of the most complete teams in the league, and it would be a surprise if they’re not the division champion — and perhaps, conference champ.

Some like Atlanta to become the first team in NFL history to play the Super Bowl on their homefield.

I’m not one of those people.

However, I like the Falcons to be a playoff contender. An already potent offense took Calvin Ridley in the first round to pair with fellow Alabama alum Julio Jones. That should keep Matt Ryan happy — and in the MVP discussion.

The Falcons have a young, talented defense with playmakers at every level; that unit should remain ranked in the top 10 in 2018. While the Saints seem primed to go marching into Atlanta on Super Bowl Sunday, don’t count the Falcons out if New Orleans falters.

Inconsistency has been the hallmark of the Ron Rivera era in Carolina. The Panthers have yet to post consecutive winning seasons under Riverboat Ron, and there’s not much reason to believe this is the year they’ll reverse the trend.

In addition to the offseason of uncertainty stemming from an ownership change, the offensive line is riddled with injuries, which is a bad omen for Cam Newton — You know, the guy who’s already landed on his head in the preseason? Christian McCaffrey and C.J. Anderson will need to be especially productive to take some of the heat off Cam, and first round rookie D.J. Moore will need to play as fast as he drives.

The defense is in a bit of a transition after the loss of coordinator Steve Wilks, a unit still relying on a 38-year-old Julius Peppers to be a productive starter. The addition of Dontari Poe should shore up the run defense, but the Panthers are again banking on their young corners to be good enough.

So as much as I like first-year offensive coordinator Norv Turner and a perennially good defense, it’s just not Carolina’s year to be above .500 in a difficult division.

It doesn’t look good for Tampa Bay this year.

Jameis Winston continues to be an embarrassment, earning himself a 3-game suspension to start the season, leaving journeyman Ryan Fitzpatrick to take the snaps in his absence (and maybe beyond). That’s a blow to an offense that’s already relying on second-round rookie Ronald Jones to stand out on a woefully thin RB depth chart running behind an already banged up offensive line.

The Bucs overhauled their defensive line, headlined by the addition of Jason Pierre-Paul via trade and first-round rookie tackle Vita Vea. I’m not sure that’s enough to fix a unit ranked last in total defense last season.

Bottom line: Tampa just isn’t good enough to overcome a tough division, a tough schedule and the bad mojo stemming from the way they’ve coddled and covered for Winston. Change is coming to central Florida.