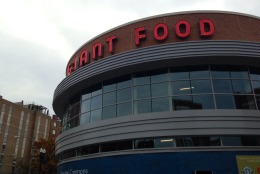 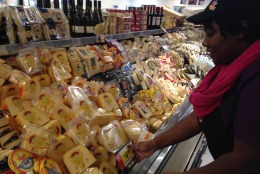 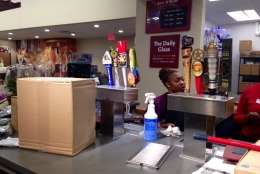 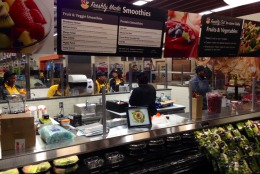 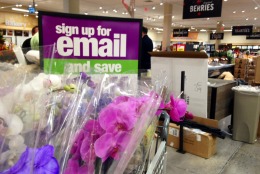 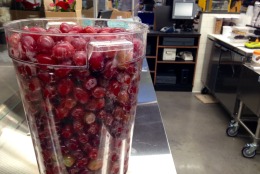 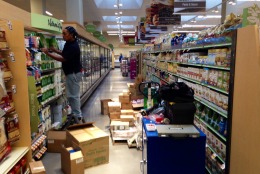 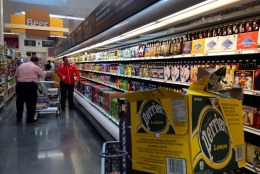 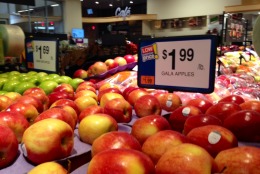 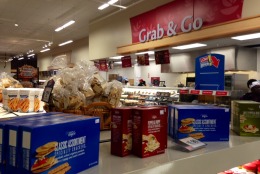 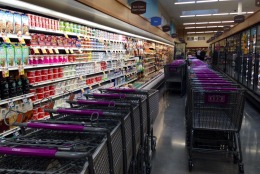 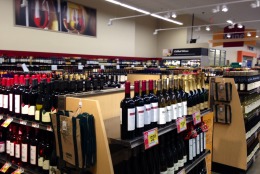 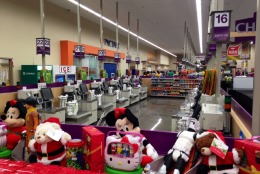 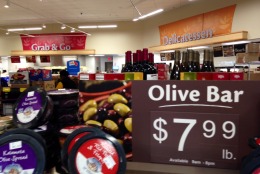 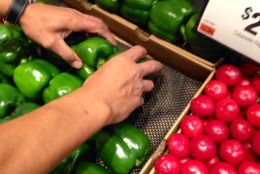 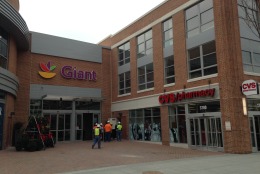 WASHINGTON — It took more than two years, but the new Giant Food — the flagship store of a new development along Wisconsin Avenue — is preparing to open at 6 p.m. Thursday.

The original 1950s neon lettering is about the only thing that’s the same about the Giant Food grocery store north of the National Cathedral.

“Since we’ve had the signs up and the paper off the windows, people have come to peek into the window to see what’s going on. Folks have been on the edge of their seats,” says an employee.

Inside: a Starbucks, a smoothie bar, an expanded organic section and 12 self checkouts, the most of any Giant in the area says Jason Raborg, area district director for the store.

The store was designed based on the preferences of the average customer in the area, who Raborg says is a young professional.

“That’s really how we set the store up, based on the demographics. We went expansive on the natural foods, the grab and go. They want to get into the store, get in and get out,” Raborg says.

“So the customer can enjoy a beer or glass of wine while they shop,” says store manager David Grove.

The bar is set up to the right of the store entrance and has eight beers on tap, both local and national brands.

A digital ordering station at the deli lets customers build their sandwich and then shop while it’s made. The grab and go section also includes a soup bar, sushi chef preparing fresh rolls and a hot food area.

For more than a year, residents around the McLean Gardens neighborhood have had to travel down to Cleveland Park or up to Tenleytown to shop.

“They’ve been waiting. There was a big, big…I don’t want to call it a battle. There were a lot of hoops to jump through to bring the Giant back,” says Tony Summers who manages the deli department.

A handful of the employees who worked at the old store before it closed are returning, but Grove says 250 new positions were created for the store.

More shops including a solidcore fitness center, Barcelona wine bar and two banks are also set to open in the mixed use development. Asian restaurant Raku and an iDoc Optical are also slated to open nearby. No timetable has been made available by developer Bozzuto.

So far, the only other business open is a CVS next to the Giant.