Holidays: 'Enchant' shines with millions of lights in Nats Park | Where to see holiday lights | Send in photos of decorations | How to give greener this season
Home » Latest News » Lacrosse injuries mount as…

WASHINGTON — More than 170,000 teens around the country play lacrosse — a lot of them, around here. And as their numbers rise, so too does the rate of injury.

Researchers at the Colorado School of Public Health and the Center for Injury Research and Policy at Nationwide Children’s Hospital in Columbus, Ohio, crunched data on lacrosse injuries from selected high schools around the country.

The results, published in the American Journal of Sports Medicine, offer insights into the types of injuries sustained by these young athletes, as well as a breakdown by gender.

“In terms of high school athletes, this was definitely the largest study and the most comprehensive,” says Dr. Rajeev Pandarinath, an orthopedic surgeon who is also an assistant professor at the George Washington University School of Medicine and Health Sciences.

The researchers looked at rates of injury over four academic years — from 2008 to 2012 — and found there were two injuries for every 1,000 exposures to the game in competition and practice. They say the most common type of injury reported was sprains and strains, at 38 percent of the total. Pandarinath, who has worked with both high school and college athletes, says that is not surprising in a sport with a lot of side-to-side motion.

What is more important, perhaps, is the fact so many of the injuries, 22 percent, were concussions.

“It is a very serious injury and it can have lasting implications,” says Pandarinath, who says that coaches, trainers, doctors and parents all need to be on the lookout for signs of trouble.

There are different rules for boys and girls lacrosse and that has led to differences to a great extent in what causes their injuries.

Young male players are likely to get hurt by player-to-player contact, while a female is apt to get an injury that involves no direct contact at all, such as pulled muscles or torn ligaments from a bad pivot, or a concussion for an errant ball or stick.

Boys are required to wear helmets, and this new report on injuries is likely to further fuel the debate over whether girls should wear them too. The authors of the study emphasize that lacrosse is a great sport, and a terrific way for high school students to be active. But they say more needs to be done to develop and implement effective injury prevention programs.

In the meantime, they suggest the following ways to make the game safer for kids of all ages: 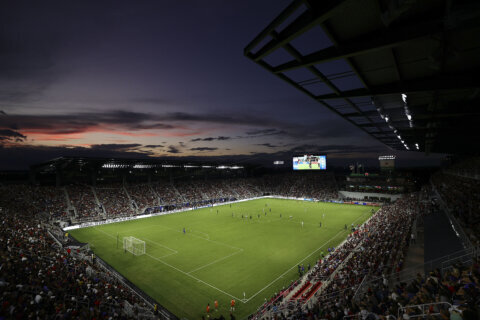