A McLean, Va., driver received a confusing speed camera ticket from D.C. which had his vanity plate listed for a vehicle that didn\'t belong to him.
Listen now to WTOP News WTOP.com | Alexa | Google Home | WTOP App | 103.5 FM
(1/4) 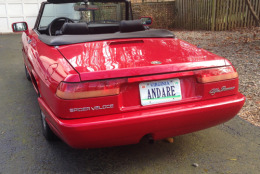 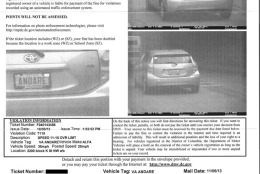 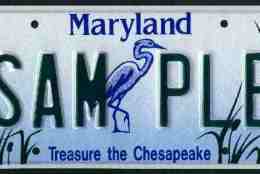 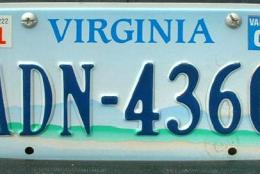 MCLEAN, Va. – A McLean, Va., driver received a confusing speed camera ticket from D.C. which had his vanity plate listed for a vehicle that didn’t belong to him.

The ticket was issued on Oct. 30 to the vehicle for going 36 mph in a 25 mph zone on the 2200 block of K Street NW. Two weeks later, Ed Merlis received a copy of his ticket in the mail. The license plate on the ticket is “ANDARE,” the Italian word for go.

“I was surprised to get the ticket. But I was really shocked when I looked at the vehicle and saw it was attached to a blue Toyota hatchback. It was my license plate, but I don’t own a blue Toyota. I own a red Alfa Romeo convertible, they’re very, very different cars,” says Merlis.

Even the ticket itself showed the make of the car as “ALFA”, not Toyota. Alfa Romeo is an Italian-made car, thus the license plate ANDARE.

“I was frustrated, but the first thought I had was that Virginia had issued two of the same vanity plates. The state of Virginia said ‘No, there’s only one car that’s been issued that vanity plate and it’s you,'” says Merlis.

On closer inspection, it appeared the Toyota plate was not from Virginia, but Maryland. The Motor Vehicle Administration looked into it under the agreement that it would not disclose private information about the owner.

“According to MVA records, ‘ANDARE’ is an active tag in Maryland too. The vehicle is a Toyota,” wrote MVA spokesman Buel Young in an email.

The confusion likely occurred because on the Toyota’s “Treasure the Chesapeake” tags, the state name is written in blue, as Virginia is on its tags.

After MVA agreed the car in the speed camera ticket appeared to be a Maryland tag, a request was made to D.C. police to void the citation.

“Any questions regarding tickets issued should be directed to the Department of Motor Vehicle Services’ Adjudication Services, not the Metropolitan Police Department,” writes spokeswoman Gwen Crump.

DMV officials said Merlis would have to go through the normal adjudications process. Merlis was frustrated because he had proof that the ticket belonged to a Maryland driver, but was stuck in a bureaucratic loop.

“I got upset when I tried to adjudicate the ticket and the DMV told me it would take up to six months, when it’s simply a case of black and white. I sent them a picture of my red Alfa Romeo convertible, a copy of my Virginia registration, and you sent them proof that this ticket should’ve gone to a Maryland driver, and they wouldn’t do anything,” says Merlis.

TicketBuster suggested Merlis contact Lisa Sutter, who runs the District’s speed, red-light programs and the new cameras issuing tickets later this month. To avoid the privacy concerns that appeared to play a role in Crump’s response, Merlis kept he and Sutter’s communication private.

“Once I found this person, I must say it was a remarkably fast and efficient process. I have to commend this person because I sent her the information on a Thursday night around 8 p.m., and I had an email back before 7 a.m. the next morning confirming that police would void the ticket,” says Merlis.

The DMV sent him an official notice the ticket was canceled on Dec. 5.

Merlis is pleased the matter is resolved, although he is unsure why D.C. police would issue a speed camera ticket if the person viewing the image isn’t 100 percent sure about the state of the license plate. He says guessing is the wrong approach.

“I have to say I was satisfied because it did get resolved. But it had to get resolved because of errors made at the beginning that shouldn’t have happened. I am happy someone in D.C. police agreed it was pointless to string it out for months and months to the same conclusion,” says Merlis. “I would give D.C. police a B. An F for car identification, but an A on remediating the problem.”

If you think you’re the victim of a bogus speed camera, red-light camera or parking ticket in D.C., Maryland or Virginia, WTOP may be able to help you cut the red tape. Email us your case – along with documentation – to ticketbuster@wtop.com.

Bowing to Trump? GOP brings leaders, donors to his backyard