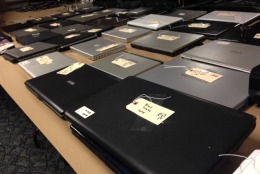 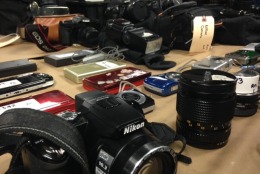 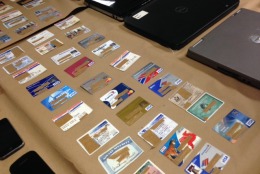 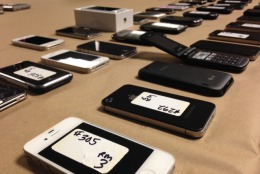 WASHINGTON – Stolen cell phones, laptops, cameras and credit cards – more than 500 items in all – were recovered from a D.C. store. And David Brown, 49, of Capitol Heights, is charged with trafficking stolen goods.

Police say Brown was paying criminals for the items they stole.

“Thus far we’ve linked about 50 of those items to about 24 specific crimes that include robbery burglary and theft of auto,” says George Kucik, commander of the Metropolitan Police Department’s criminal investigative division.

Brown owned a store where he sold the stolen goods, police say. He was charged in December 2011 with the same crime.

“It just shows you how blatant he is and there’s such disregard for this. He certainly was up to doing it again,” Kucik says.

Police are now trying to find the original owners of the stolen goods. But many of the electronics are wiped clean of personal information and often owners do not know the serial numbers of their items, police say.