Holidays: 'Enchant' shines with millions of lights in Nats Park | Where to see holiday lights | Send in photos of decorations | How to give greener this season
Home » Latest News » Inside Ted's Bulletin's new…

Ted\'s Bulletin has been a local favorite for years, luring diners back to its Capitol Hill location for its boozy milkshakes and homemade pop tarts. Now, Ted\'s is expanding its reach with its second location on 14th Street in Northwest D.C.
Listen now to WTOP News WTOP.com | Alexa | Google Home | WTOP App | 103.5 FM
(1/12) 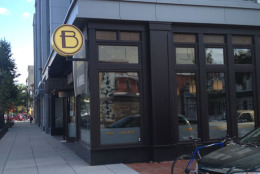 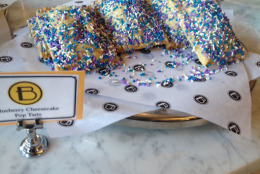 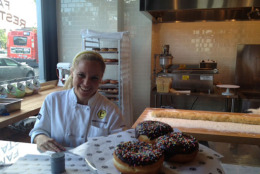 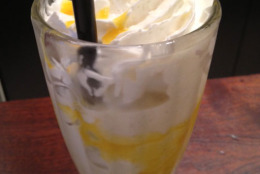 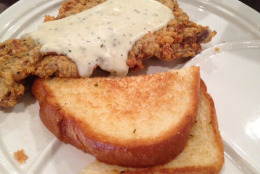 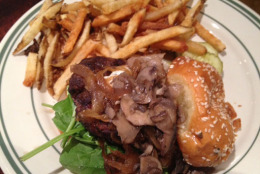 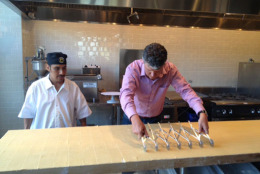 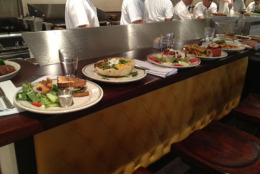 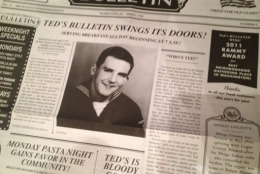 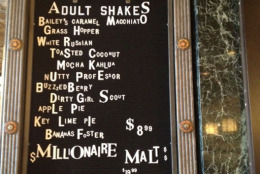 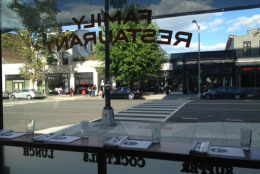 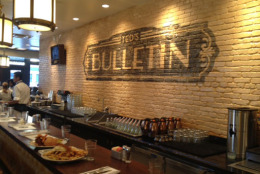 WASHINGTON – Above the fold of “Ted’s Bulletin,” headlines vie for attention — “Ted’s Bulletin Swings Its Doors,” “Who’s Ted?” and “All the Food That’s Good To Eat.”

Under the headlines is a photo of a smiling man in uniform. That would be Ted Neal, the subject of “Who’s Ted?”

The newspaper, in all its black-and-white Art Deco glory, is really not a newspaper. It’s a menu. That’s because Ted’s Bulletin is a restaurant, and Ted Neal is the father of two of the eatery’s three partners.

Ted’s Bulletin has been a D.C. favorite since 2010, luring diners back to its Capitol Hill location for comfort food classics, boozy milkshakes and homemade pop tarts.

Now, Ted’s is expanding its reach, opening its second location on 14th Street, N.W., a project that has been in the works for more than two years.

Ted’s Bulletin is ready for the neighborhood’s crowds. The new location seats 160, compared to the 80- seat Capitol Hill location, which struggles to accommodate its weekend brunch demand.

The 14th Street location also includes a separate bakery entrance, for those looking to breeze through in sweats for homemade sweets.

Currently, Ted’s makes six different varieties of pop tarts, and the second location will turn out a new breakfast classic.

“We are adding our doughnuts to the menu, so we have our yeast doughnuts and our cake doughnuts,” says Rebecca Albright, pastry chef at Ted’s Bulletin.

Aside from the doughnuts, the menu at the new location will stay close to the original location’s menu, with comforting staples, such as grilled cheese, country fried steak and a peanut butter bacon burger.

“Ted’s Bulletin is actually a personal project, it’s in honor of my and Mark’s father, who really taught us about hospitality and the importance of having meals together as a family, so you’ll find really comfortable foods here,” Neal says.

The 14th Street location of Ted’s Bulletin will open on Monday, Aug. 19 at 7 a.m. for breakfast.

Next up? A third Ted’s Bulletin location is planned for Reston Town Center — stay tuned.