CaringOn gives back to caregivers of terminal cancer patients 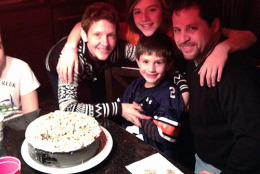 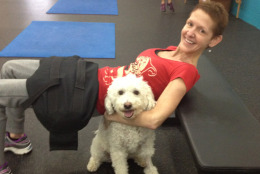 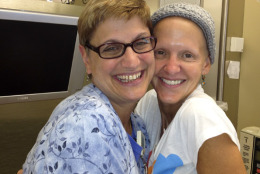 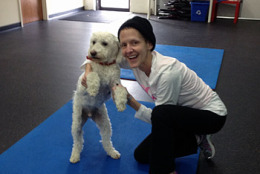 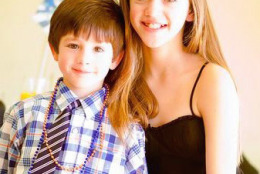 But she’s spending the time she does have building something for the future.

“We are officially in business and ready to move forward,” Goldberg Davanzo says.

Tuesday evening the 46-year-old mother of two joins with family and friends to launch her nonprofit, CaringOn — group devoted to giving terminal cancer patients a way to thank their caregivers.

Goldberg Davanzo, originally from Bethesda, Md., and now living in Timonium, Md., hopes her efforts are a lesson for her 13-year-old daughter, Reese, and 7-year-old son Trace.

“I wanted to be able to leave some sort of legacy and at the same time show my kids how to make lemonade out of lemons.”

She says establishing CaringOn has been a way to motivate her “to get up every morning” and create something that will give something back to society.

Her husband, Drew is the inspiration for CaringOn. He cared for her during her first bout with breast cancer in 2001 and is her caregiver again after the cancer returned last year. It was stage 4 and spread to her liver.

“I saw the toll that it’s taken on my husband last time but even more so this time,” she says.

CaringOn will fund brief getaways for caregivers so they can get a little rest and relaxation as they share the battle with terminal cancer patients. The group also will provide the patient’s needed care while the caregiver is away.

Goldberg Davanzo, her family and friends will launch CaringOn at a $50 a person fundraiser from 5 p.m. to 8 p.m. Tuesday, June 4 at Michael’s Caf