Brew and a bite before the Nats game: What’s open at Navy Yard

Baseball fans have been waiting for the restaurants and bars to open around Nationals Park far longer than they\'ve waited for the season to come back around. Now a handful of watering holes, restaurants and sandwich shops have opened, while some are still under construction.
Listen now to WTOP News WTOP.com | Alexa | Google Home | WTOP App | 103.5 FM
(1/13) 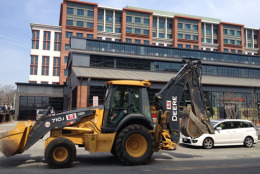 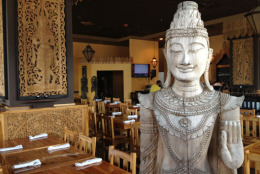 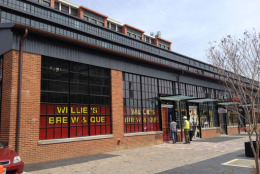 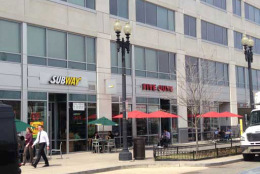 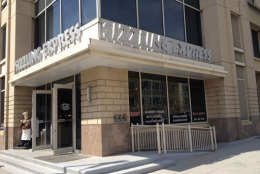 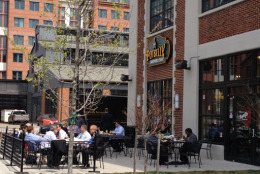 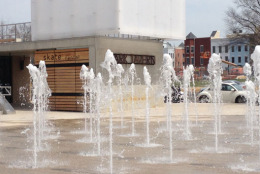 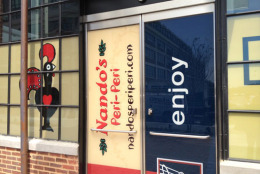 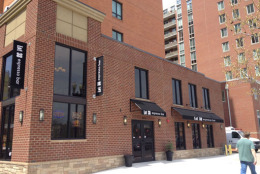 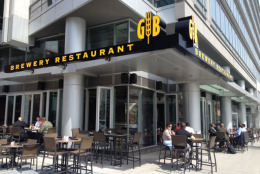 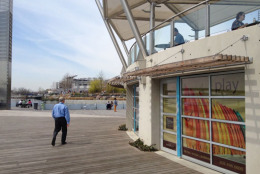 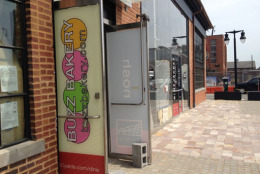 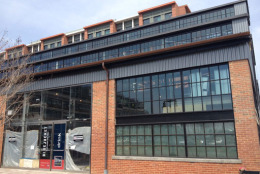 WASHINGTON – Baseball fans have been waiting for the restaurants and bars to open around Nationals Park far longer than they’ve waited for the season to come back around. Now a handful of watering holes, restaurants and sandwich shops have opened, while some are still under construction.

Sopping up most of the business from Nats Park is Gordon Bierch, which opened its front doors on Opening Day. A few locally-brewed ales are on tap at M and First streets, right across from the park.

It’s clearly a good business location during the season, but Gordon Biersch General Manager Brian Beauregard says management waited on condos and apartments to fill up before moving in.

“You can’t base your whole year’s structure on 82 home games. You’ve got to think about where you’re going to have your sales coming in when those games aren’t here … What you’re really going to be living on is the people living here and working here,” Beauregard says.

Given its location, Gordon Biersch is often swamped with fans waiting to be seated. Starting this week, there are a few other dining options nearby.

Two blocks away, Park Tavern is serving its first meals this week at the corner of M and 2nd streets on Canal Park.

Kruba Thai and Sushi opened last November, says manager Rak Tanarak. And while it may be a few more blocks to walk, it serves “reasonably priced food,” according to frequent diner Ben Duran who is a construction manager with developer Forest City.

Construction workers are providing consistent business to restaurants that have opened in the area known as The Yards, a five-block span of development managed by Forest City Enterprises. The company is constructing 3,000 apartments and condos, 1.8 million square feet of commercial space and landscaping the parks that will eventually occupy the area east of Nationals Stadium.

Condos and apartments in The Yards are already nearing full capacity, says General Manager Carrie Jenkins, but the commercial construction is still in progress.

Bluejacket Brewery will be open by June. It’s owned by the same company that runs popular D.C. spots like Churchkey and Rustico. But looking inside the space, there’s still a ways to go before opening.

“Our experience is that we think we are offering something hugely unique,” says Greg Engert, who will brew the 15 new beers the brewery will offer guests.

Engert says he’s not worried about business dropping off after the baseball season ends.

“We expect to be a sort of destination year-round. It’s a burgeoning scene that’s happening down there. It’s definitely a community of restaurants and bars, so we’re drawn to that and are happy to be there at the beginning,” Engert says.

His neighbors, Subway and Five Guys burgers have established a regular lunch rush from nearby Department of Transportation workers. As more fans walk down M Street in search of new restaurants, Park is confident they’ll discover his shop and bring in more business. However, he’s realistic.

There is even more planned for The Yards than meets the eye. For example, in the historic lumbershed building, three more restaurant spaces will open up soon, says Gary McManus with Forest City.

“At full build-out, The Yards includes 25 to 30 buildings. It’s probably going to be another 12 to 15 years before the master plan is completed,” McManus says.