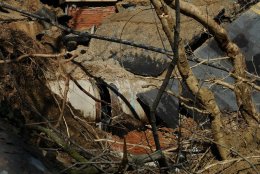 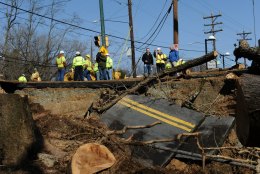 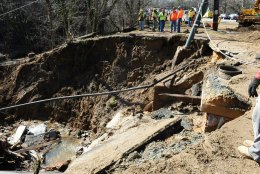 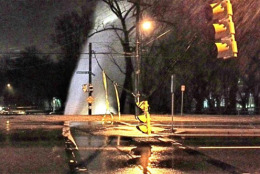 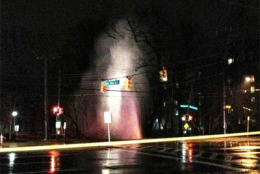 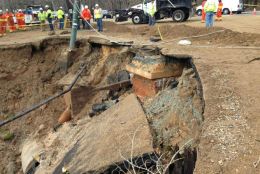 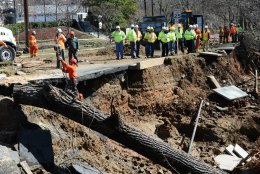 WSSC says the water restrictions for its 1.8 million customers in Montgomery and Prince George’s counties are needed to ensure fire departments, hospitals and medical facilities have the water they need.

“We want you to help us keep the pressure up for fire protection,” Jim Neustadt, spokesman for WSSC, tells WTOP.

The restrictions could last up to a week, according to WSSC.

The break in Chevy Chase at the intersection of Connecticut Avenue and Chevy Chase Lake Drive — not far from East-West Highway — occurred around 8 p.m. Monday.

The break sent water spouting 30 feet in the air and has blocked traffic along heavily traveled Connecticut Avenue.

“We lost an estimated 60 million gallons. Most of that went into a stream nearby there,” says Neustadt.

The break caused a tree to fall and for more than 1,100 Pepco customers to be without electricity. That tree also pushed back the road’s reopening, which had been set for 6 a.m.

Additional trees are in danger of falling down, according to Neustadt.

The mandatory water restrictions apply to residential and commercial customers.

“All of the storage tanks have run down. We need to replenish the system,” says Neustadt.

WSSC General Manager Jerry N. Johnson says it is “imperative” that all customers in Prince George’s and Montgomery counties:

“Please don’t hoard water. We’re not running out,” says Johnson, in the release.

“If everyone can cut their water use by 10 percent we should be OK. We appreciate everyone’s understanding and cooperation.”

Nobody is without water service.

Washington Gas and Pepco crews are on the scene securing their lines that run along the water main so that work on the main can begin. The pre-stressed concrete cylinder pipe went into service in 1980, WSSC says.

WSSC has not been able to determine why the pipe burst.