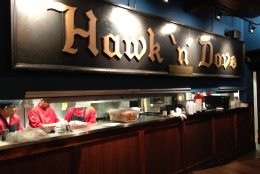 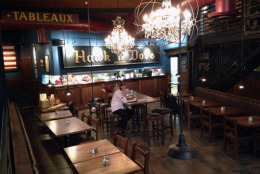 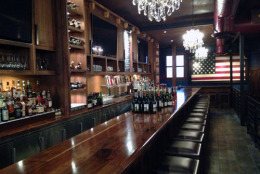 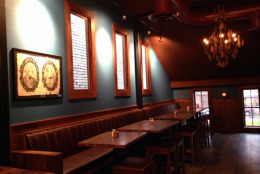 WASHINGTON – The Hawk ‘n’ Dove is back, albeit in a different form.

The ambience and menu have changed dramatically since its last service, although some relics from its past have made the transition.

“We have the old Hawk ‘n’ Dove sign in back hanging over the kitchen,” says Jack McAuliffe, a general manager.

“We do have a couple of signs, old decoy ducks that were all around the Hawk ‘n’ Dove, it was kind of a big thing,” he says.

Regulars labeled the former go-to spot as a dive bar. After more than a year of renovations, this establishment, retaining the same name, hopes to carve out a different identity.

“We’re a saloon with kind of an upscale tavern fare,” McAuliffe says, noting the bar has 18 beers on tap.

“We also have some nice wine. The food is a little bit more upscale. It’s still a bar but definitely a little more emphasis on food,” he says.