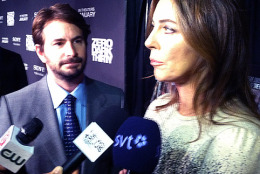 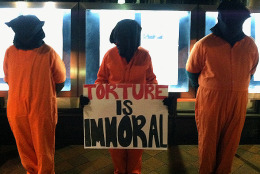 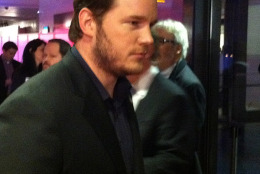 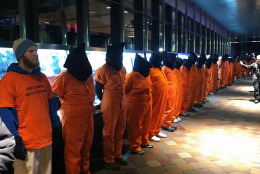 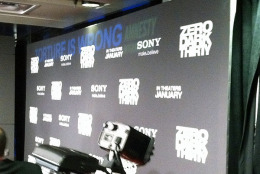 Trailers describe the film as “the story you think you know” about the 10- year hunt for Osama Bin Laden – and it’s already winning praise and awards.

But critics – including three U.S. Senators – say it is inaccurate because it suggests enhanced interrogation techniques were key to bin Laden’s capture.

“I think what’s important is to remember it’s a movie and not a documentary. It’s just a movie. It’s a dramatization of a 10-year manhunt compressed into two and a half hours, so there’s a lot of compressions, there’s composite characters, and it’s an interpretation,” says director Kathryn Bigelow, who won an Oscar for directing “The Hurt Locker”.

The concerns have prompted a Senate Intelligence Committee investigation of the intelligence that was shared with the filmmakers, and Bigelow was asked about it while walking the red carpet.

“First of all it’s surprising, but also I respect their opinions and I think that unfortunately the film was kind of mischaracterized. But on the other hand, it’s a real tribute to the professionals in the intelligence community and that’s what I am very proud of.”

Actor Chris Pratt, who in the movie portrays a member of SEAL Team 6, says the controversy surrounding it doesn’t bother him.

“As an actor I feel incredibly fortunate to be able to play a real life superhero in a movie. My only concern … is that I didn’t do anything to embarrass the Navy Seals that I met in order to train and prepare for this role,” says Pratt.

“I would say for Americans but also for many other people around the world, we suffered a great loss on Sept. 11, and everybody has the right to feel however they want to feel about it. Me personally, I wanted justice, and to be part of the film that portrays the way justice was served, I’m really proud of that,” Pratt added.

Before the premiere, demonstrators from groups including Amnesty International and Code Pink gathered in front of the Newseum and held up signs that said “Torture is Immoral” and “Torture Is Never The Answer”.

Some protesters were dressed to look like Guantanamo Bay detainees in orange jumpsuits with black bags over their heads. They were led by a man in a t-shirt that read “Shut Down Guantanamo”.

At one point, someone outside the Newseum projected the words “Torture Is Wrong Amnesty International” through a window and onto the background above the red carpet where the media was waiting indoors to interview VIPs.

A black curtain was put up to block the projection from coming through the window.