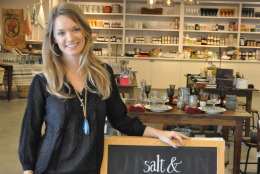 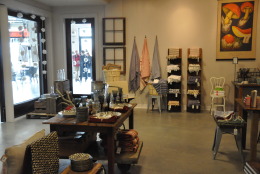 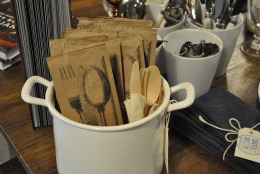 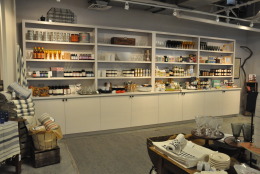 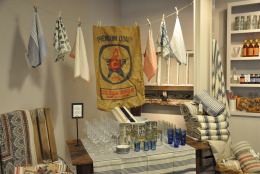 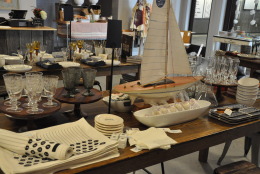 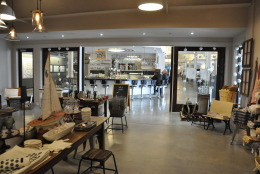 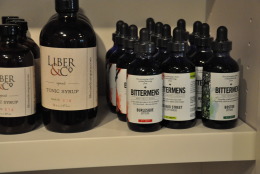 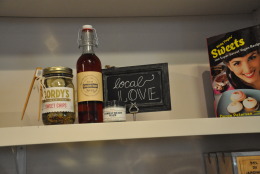 “In D.C., entertaining is so traditional,” says McClements, a local food writer who regularly contributes to publications like Food & Wine as well as her own blog, Metrocurean. “People have their caterer, their florist, their china and the way they do invitations, and to shake all of that up would be really fun.”

In November, McClements opened Salt and Sundry, an eclectic home accessories store that sells everything from locally made food products to artisan soaps, colorful serveware, one-of-a-kind table linens and yes, even salt.

For McClements, a motivating factor behind opening the store is to take the intimidation out of entertaining.

“I think people are interested in entertaining, but they’re intimidated by it sometimes, especially if they haven’t done it a ton. They think oh I need the right plates, I need the right china or need matching sets of things and for me, I’m always like no — you just need to open your home and have people over. Give it a little bit of style, give it a little bit of thought, but there’s really not much to it once you dive in.”

The store resides in D.C.’s newest and hippest location for local and artisan food, Union Market.

“After being a food writer in D.C. for 10 or so years, I wanted to bring to life my idea of entertaining in a place and in a space where I can inspire people to entertain at home,” says McClements, who is 34 and lives in D.C.’s Logan Circle neighborhood. “So Salt and Sundry is what that became.”

McClements came up with the idea to open a store that focuses on entertaining about a year ago.

Being on top of the local food scene, McClements heard about the opening of Union Market during the initial planning stages. Then she caught wind that the Union Market building, located on 5th Street NE, was planning to carve out space for a retail store.

“When the opportunity came up that the building had a retail store space within the market, you know to be neighbors with all these folks that I’ve been covering for years, who I love and whose work I love, I kind of jumped at the opportunity,” she says.

Carolyn Stromberg, proprietor and fromager of Righteous Cheese, another store at Union Market, says the collegiality at the market is what makes its environment so special.

“I wanted to serve it on a spoon, so I went over to Amanda and she helped me pick out some cute spoons,” Stromberg says. “Union Market is a really collaborative environment. We all support each other, and we are all big cheerleaders of what everyone else is doing here.”

Stromberg also stressed that Union Market is a one-stop-shop for entertaining, making it a very welcome home for a store like Salt and Sundry.

“If you’re looking to throw a party, you can buy great local products under one roof,” says Stromberg, mentioning the fresh baked breads from Lyon Bakery and meats from Harvey’s Market.

Some of the market’s other full-time vendors include Border Springs Farm, Peregrine Espresso and Rappahannock Oyster Co., among others. In the spring, Union Market will also open its first full-service restaurant by New York Rising Star Sustainability Chef John Mooney.

McClements says when she talks to customers, she finds out a lot come to Union Market from the surrounding Virginia and Maryland counties.

“It’s amazing how quickly people are kind of already treating it like a destination,” McClements says.

Currently, McClements’ hottest items in the store includes cookbooks, linens and anything cocktail themed, such as her small batch simple syrups, bitters and small batch tonics. She explains that people are becoming increasingly interested in cocktails and trying new recipes at home.

Salt and Sundry also has an array of dining and side tables, which display the store’s merchandise. McClements’ father, a carpenter in North Carolina, makes all the tables for his daughter’s store out of reclaimed and salvaged wood.

“He’s been building furniture for years, so I am really excited to have his pieces here,” McClements says. “One of our tables, the wood is about 150 years old.”

In the future, McClements wants to offer chef and mixologist demonstrations and potential private consulting services for entertaining, but for now, she just hopes to help customers feel at ease with hosting.

“I’m really just trying to show people how to mix and match — that entertaining doesn’t have to be extremely formal,” McClements says. ” I think there’s a younger, hipper (crowd) that’s growing more interested in food cooking at home. So I just wanted to bring together a lot of the things that I love, to inspire people.”