The candlelight vigil, which began with a prayer, was one of many nationwide demanding the arrest of 28-year-old George Zimmerman in the Feb. 26 Sanford, Fla. shooting death of 17-year-old Trayvon Martin who was unarmed.
Listen now to WTOP News WTOP.com | Alexa | Google Home | WTOP App | 103.5 FM
(1/7) 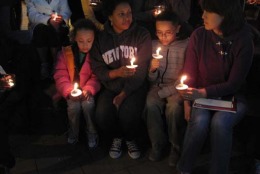 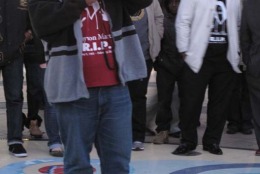 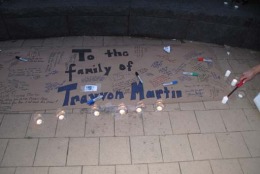 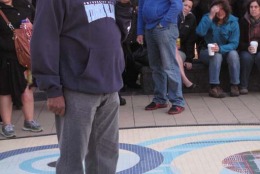 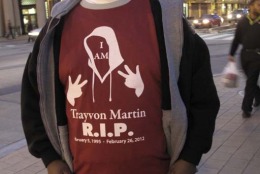 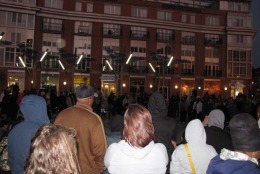 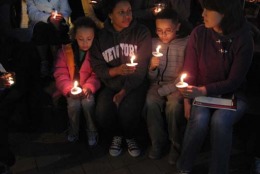 WASHINGTON – Young and old, blacks, whites and Hispanics chanted, “We want justice,” as they huddled against the cold night air in Columbia Heights.

The candlelight vigil, which began with a prayer, was one of many nationwide demanding the arrest of 28-year-old George Zimmerman in the Feb. 26 Sanford, Fla. shooting death of 17-year-old Trayvon Martin who was unarmed.

Community leaders and others spoke, read poetry and sang. There was a moment of silence in memory of the teenager.

“I would like justice to be served. I would like to see that the case is fully investigated, and I feel that justice should be served. Zimmerman needs to go to jail,” said Candace Arrendell.

She traveled from Gaithersburg, Md., to the candlelight vigil with her 8-year-old son, Zachary.

“I think Zimmerman should go to jail because Trayvon Martin said to stop following me, and Zimmerman kept on following him.”

At the vigil, a vendor sold Trayvon Martin T-shirts depicting the outline of a hooded image holding Skittles and Arizona Ice tea, the candy and beverage Martin had on him when he was shot. The shirts cost $10 to $15.

Vendor Dexter Croom said a portion of the proceeds will be donated to the Trayvon Martin family.

“These T-shirts are pretty much letting everybody in America know who Trayvon Martin was. Pretty much everybody has a Trayvon Martin in them – anybody can walk around with a hoodie on and be profiled the same way this young man was,” said Croom.

Monday marks the one month anniversary of the killing of Trayvon Martin. So far, no arrests have been made in his case.