Holidays: Where to see holiday lights | 4 ways to limit your holiday debt | Inflation 'definitely a guest' at holiday celebrations this year | Recipes for Thanksgiving leftovers
Home » Latest News » About a hundred dead…

About a hundred dead birds block I-95 traffic 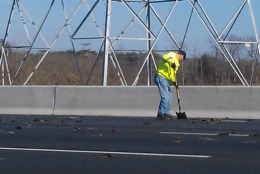 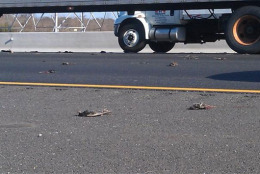 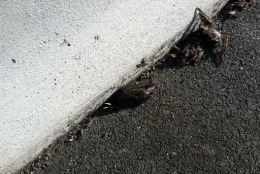 The heavy congestion clogged the highway back to Route 212, but the real trouble happened just north of the Intercounty Connector near MD-198 (exit 33).

Inspectors from the Maryland Highway State Administration think the birds were killed after flying into huge power lines that cross the highway and are secured by large towers on either side.

WTOP’s Mark Segraves reports it took him 25 minutes to travel only a few miles on I-95.

The Metropolitan Area Transportation Operations Coordination tweeted shortly before 3 p.m., warning drivers to expect delays due to cleanup. The MATOC warned of 3.5-mile delays around the scene.

Twitter was abuzz with frustrated commuters tweeting about the dead birds.

Below is a sampling of tweets:

No idea how that many birds could have died so suddenly together in the middle of the road.Blackbirds or something.It was disturbing