Holidays: 'Enchant' shines with millions of lights in Nats Park | Where to see holiday lights | Send in photos of decorations | How to give greener this season
Home » College Football » STAT WATCH: 5 TD…

Nix passed for five scores against UCLA after having done it last month against Eastern Washington.

Hartman, who threw for six TDs against Clemson last month, had five against Boston College.

Ohio State’s C.J. Stroud has thrown five TD passes in two games and six in another and leads the nation with 28.

Mississippi State’s Will Rogers has a game with six TD passes and another with a fifth.

Weber State gave up a safety in the opener against Western Oregon, but that was on a punt that was blocked out of the end zone.

“I’ve never been in a game like that, where we did it multiple times let alone four,” Weber State coach Jay Hill said after the 43-38 loss.

Three teams had shared the previous record of three safeties allowed in a game.

Miami committed eight turnovers in its 45-21 loss to Duke, the most in the Bowl Subdivision since Central Michigan gave the ball away eight times against Wyoming in the 2017 Famous Idaho Potato Bowl.

Duke, which recovered five fumbles and intercepted three passes, had never been the beneficiary of so many turnovers.

James Madison and Marshall combined for 24 punts — 12 each. That was the most since East Carolina and Tulane totaled 26 in 2018.

Sam Clark’s leg got a workout. He had all 12 punts for James Madison, the most since Texas A&M’s Nik Constantinou had the same number against LSU in 2020. John McConnell punted 10 times and Rece Verhoff twice for Marshall, which won 26-12.

Toledo’s Jonathon Batzke got off the longest punt in five years in the FBS when he sent one 91 yards against Buffalo.

It was the longest since Marshall’s Kaare Vedvik hit a 92-yarder against Old Dominion in 2017.

Batzke’s previous long punt was a 54-yarder against Kent State on Oct. 15. He was a yard off the school record of 92 yards by Brandon Hannum in 2001.

Jha’Quan Jackson’s 90-yard punt return touchdown for Tulane against Memphis was longest of the season in the FBS and second-longest in Green Wave history. The longest in school history was Joe Bullard’s 92-yarder against Vanderbilt in 1969. 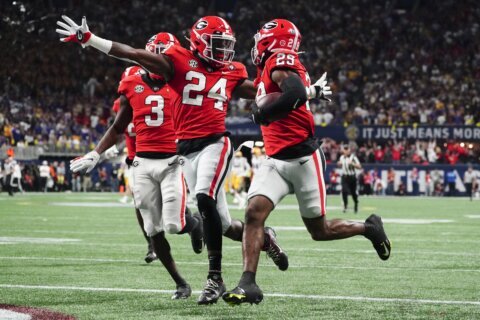 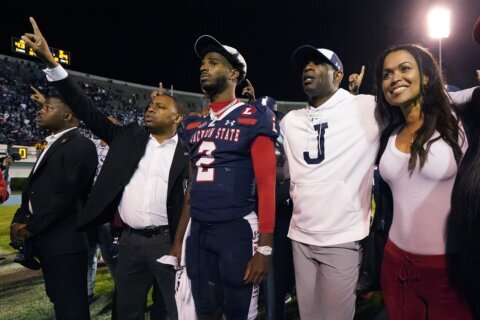