No. 8 Michigan going with McCarthy against Hawaii

Line: Michigan by 51 1/2, according to FanDuel Sportsbook.

If Michigan wants to repeat last season’s success, which included the program’s first trip to the College Football Playoff, the Wolverines will need to take care of business against a Hawaii team that has already sustained two lopsided losses.

Hawaii’s pass game against Michigan’s defense. Timmy Chang threw for 17,072 yards and 117 touchdowns for Hawaii between 2000-2004, and he’s looking to implement the same kind of high-tempo attack now that he’s taken over as coach. Quarterbacks Brayden Schager and Joey Yellen threw for 516 yards in the first two games, but have five interceptions without a touchdown. The Wolverines held Colorado State to 137 yards passing in their 51-7 win and had seven sacks for 50 yards.

Hawaii: QB Brayden Schager. The sophomore has completed 58.8% of his passes in the first two games at an average of 9.8 yards per completion. However, he threw four interceptions in last week’s 49-17 loss to Western Kentucky, including a pick-6 in the second quarter.

Michigan: QB J.J. McCarthy. Jim Harbaugh announced before the season that Cade McNamara would start against Colorado State and McCarthy would take over against Hawaii. McNamara didn’t do anything to claim the full-time job, going 9-18 for 136 yards against Colorado State, and McCarthy scored on a 20-yard run in the second half. Now he gets his first college start against a struggling defense.

Harbaugh quarterbacked the Wolverines to a 27-10 win over Hawaii at Aloha Stadium in 1986. The teams last played in 2016, with Michigan winning 63-3 at the Big House. … This will be the 12th night game played at Michigan Stadium, with the Wolverines winning nine of the first 11. … Hawaii allowed 545 yards and eight touchdowns on the ground in its first two games, while Michigan put up 234 yards and four touchdowns in its opener. 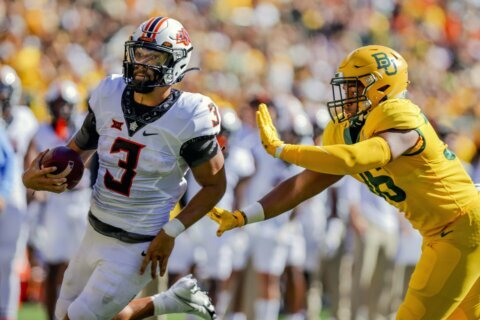 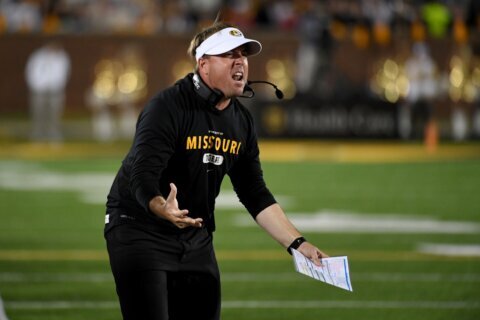