“I’m just ready to go,” the ex-Oklahoma quarterback said Thursday. “It’s been some time since I played football, like, for real.”

Rattler, who led the Sooners to a Big 12 title in 2020, is among several high-profile transfers who’ve joined the Gamecocks in the offseason. Rattler believes he and the others can help the program build on a 7-6 mark in coach Shane Beamer’s debut season.

“He’s preaching everything that’s right. He’s got this program going in the right direction,” said Rattler, who’s known Beamer since he was an assistant at Oklahoma. “We’re focused on day-by-day getting better.”

Rattler and his teammates reported for meetings and planning sessions before hitting the field for the first time Friday morning.

For Rattler, the change of scenery has brought a chance to show he’s the leader who threw for 3,031 yards and 28 touchdowns two years ago ago instead of a starter who was benched in favor of Caleb Williams midway through the season.

Tight end Austin Stogner, Rattler’s teammate at Oklahoma and now South Carolina, was on a December visit with Beamer researching his own transfer plans when he encouraged the quarterback to consider the Gamecocks.

And Stogner’s not the only addition. Tailback Christian Beal-Smith joined South Carolina after gaining 1,254 yards and 11 touchdowns the past two seasons with Wake Forest. Receiver Corey Rucker transferred from Arkansas State, where he caught 59 passes for 826 yards and nine touchdowns.

The group, which also includes Georgia runner Lovesea Carroll and North Carolina State defensive end Terrell Dawkins, had blended in nicely through spring and summer sessions, according to Beamer.

Part of that was the way Rattler and the others have kept their heads down to blend with their new teammates, offensive coordinator and quarterbacks coach Marcus Satterfield said.

Rattler, a top-tier Heisman Trophy candidate for the Sooners this time a year ago, could’ve flaunted his celebrity or talked up his accomplishments at his new location.

“But he had the discipline to not rub anybody the wrong way,” Satterfield said.

Offensive lineman Dylan Wonnum seconds that. He sits next to Rattler in team meetings and has found a friendly player already invested in being a strong teammate. “He came in humble,” Wonnum said.

Beal-Smith, at 23 and a grad transfer, has also let his work habits do the talking, said running backs coach Montario Hardesty.

“He’s been there to listen to the younger guys and he’s been ready to help,” said Hardesty, the former 1,000-yard rusher at Tennessee.

Rattler has liked what he’s seen of South Carolina’s skill group. The bonding that started in spring workouts has continued into the summer and Rattler is confident he’ll connect with them through the season.

It took Rattler a little time to shake off going from Heisman hopeful for a College Football Playoff contender last August to someone who mopped up in Sooner blowouts the second half of last season.

“I don’t have to try and prove anything, just get ready to play with these guys,” he said. “That’s the focus.”

South Carolina’s offense used four starting quarterbacks, including former graduate assistant coach Zeb Noland, because of injuries and inconsistencies. The Gamecocks were next to last in the Southeastern Conference in scoring offense (22.6 points a game) and pass offense (201.2 yards a game).

Rattler believes he can bring some stability and perspective to the position after what he went through a year ago.

“I’ve learned a lot, being a quarterback, going through the (transfer) portal, going through adversity, it’s made me realize a lot of different things and see things differently,” he said. “Other than that, I’m the same guy ready to work and have fun.” 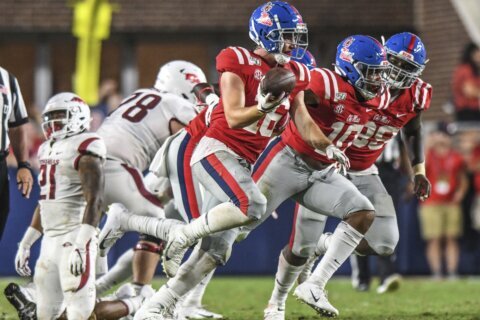 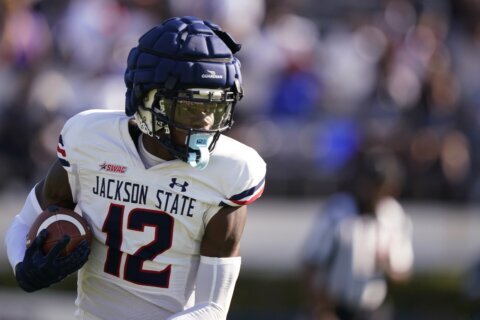