When the Wolverines host Hawaii the following week, Harbaugh has chosen to give J.J. McCarthy their first snap.

Harbaugh said no one can be sure who the team’s starting quarterback will be after the first two games.

“No person knows what the future holds,” he said Monday. “The process will be based on performance.”

McNamara started every game last season as a junior, leading Michigan to a win over rival Ohio State for the first time in a decade and to its first Big Ten title since 2004.

The third-team, All-Big Ten player from Reno, Nevada, completed 64% of his passes for an average of 184 yards passing per game with 15 passing touchdowns, one rushing score and six interceptions. This summer, he was voted in as a team captain.

McCarthy, from La Grange Park, Illinois, played in 11 games last year as a highly touted freshman. He connected on 58% of his 59 passes for a total of 516 yards with five touchdowns and two interceptions. He also had 124 yards rushing and two scores.

Harbaugh insisted, more than once, that he isn’t planning to play McCarthy to keep him out of the transfer portal.

“Did it factor in that one would transfer or not? No,” Harbaugh said. “They are both the kind of guys that don’t flinch, fold, or quit at the slightest whiff of adverse circumstances or something that doesn’t go their way.

McCarthy did not throw last spring, resting a shoulder injury, but that did not seem to hurt his chances of competing for the starting job.

“He didn’t have spring ball, but he’s continued to flourish,” Harbaugh said.

Playing both quarterbacks against Connecticut in the team’s third game, and in Big Ten play, seems to be likely and opponents will have to prepare for their different styles.

McNamara appears to have more patience in the pocket and often makes the right decision, weighing the risk and reward of throwing into traffic or tucking the ball and running.

McCarthy seems to be more of a big-play threat, giving defenses the challenge of containing a speedy quarterback with a big arm.

Two quarterbacks, Harbaugh and his players, say is better than having one, clear-cut starter under center.

“It’s a great spot to be in,” offensive guard Zak Zinter said. “I’m excited to see how it all plays out.” 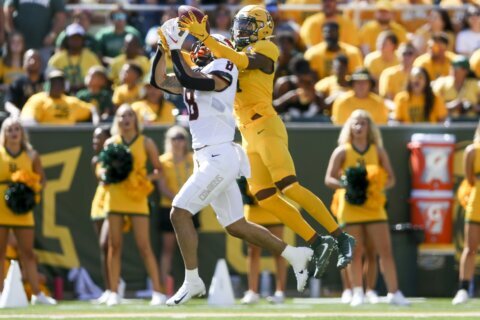 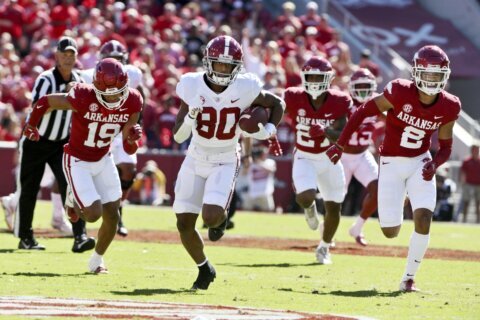 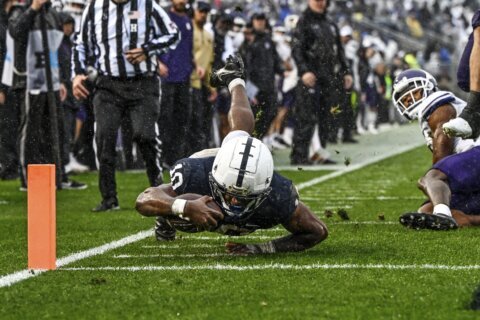