LAFAYETTE, La. (AP) — The Louisiana-Lafayette Ragin’ Cajuns have won seven straight since their season-opening loss at Texas to break back into the Top 25.

Now the Cajuns (7-1, 5-0 Sun Belt) aim to validate their new No. 24 ranking against resurgent Georgia State (4-4, 3-1) on Thursday night, knowing that a victory also would clinch a fourth straight Sun Belt West title for Louisiana-Lafayette a spot in the conference title game.

“For the most part, more of the talk was: ‘We need to play our ball. We need to play our game,’” Louisiana-Lafayette quarterback Levi Lewis recalled of the Cajuns’ reaction to their season opening loss to the Longhorns. “We feel like we didn’t play up to our standard, how we expected us to play. … We were so focused on trying to be perfect instead of just going out there and playing ball.”

The Cajuns have been pretty close to perfect lately, particularly last week, when they beat Texas State 45-0. But they expect to be tested by a Georgia State team that has won three straight after a 1-4 start.

“When you start out 1-4 and you climb yourself out of the hole, there’s a lot of teams, a lot of fans, a lot of sportswriters, a lot of everybody that would just kind of shovel the dirt right over the top of us,” Panthers coach Shawn Elliott said. “We’ve climbed ourselves out of it. We almost can peek over the edge … and I think they can see that.”

Elliott noted that even during his team’s slow start, the Panthers played well at times against some tough non-conference opponents, such as when they had a fourth-quarter lead at Auburn before falling 34-24.

“Just so we all understand how good this team is that’s coming here, I don’t care who they’ve played or what the score is; they should have beat Auburn. They’ve won three in a row. They’re right in the middle of the East Division race,” Cajuns coach Bily Napier said. “So, this is one heck of a football team.”

“Our run game’s pretty consistent so we feel pretty confident about that,” Elliott said.

Louisiana-Lafayette has rushed for 208.1 yards per game, which ranks 23rd nationally, and are led by Chris Smith (612 yards, eight TDs) and Montrell Johnson (512 yards, seven TDs).

“They’re going to try to push us around up front,” Elliott said of ULL’s running game. “We’ve got to stop the run to be successful.”

Elliott said he’s gotten on Grainger case to work on his throwing accuracy after he missed badly on some throws during last week’s victory over Georgia Southern in which he completed 16 of 27 passes for 141 yards.

“I wasn’t too happy with him,” Eolliott said. “I told him, ‘You about knocked out a cheerleader on one of those throws.’”

But Elliott also emphasized that Grainger is “an effective ball player. He has a great attitude and he’s willing to accept and work on everything we tell him to do.”

Georgia State has benefitted from four interceptions and a fumble recovery during it’s three game winning streak, which has Elliott praising the intensity with which his players have defended.

The Cajuns have forced 10 turnovers on five interceptions and five fumbles.

Lewis took advantage of the extra year of eligibility the NCAA granted during the coronavirus pandemic and is now playing a fifth season for the Ragin’ Cajuns. As a starter, he’s gone 29-7. Last week, he threw three touchdown passes to give him 65 for his career to surpass Jake Delhomme for first all-time in school history.

Meanwhile, Napier has had nothing but positive experiences on Thursday nights since he arrived at Louisiana-Lafayette in 2018. He’ll look to improve to 5-0 in such games. 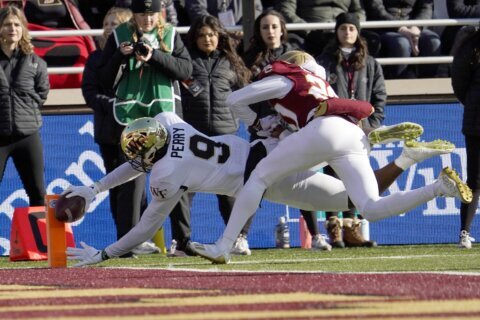 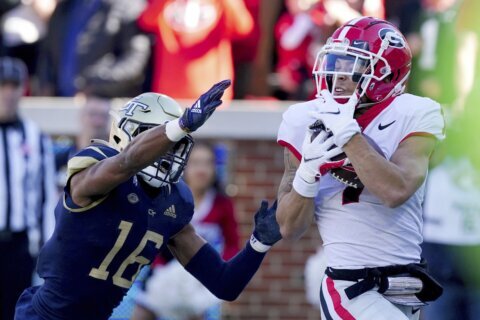