TUCSON, Ariz. (AP) — Arizona’s close calls are mounting. The Wildcats had a strong first half against Washington two weeks ago, a big finish against Southern California last weekend.

While the Wildcats have been playing better in recent weeks, they keep finding ways to get in their own way, stretching a school-record losing streak to 20 straight games.

“Not where we want to be at this point in the season, but we are building it,” Arizona coach Jedd Fisch said. “You can see we are putting some good games together.”

The Wildcats’ next chance to end the nation’s longest losing streak will be Saturday afternoon, when the Wildcats (0-8, 0-5 Pac-12) host California.

Arizona is coming off its best offensive game of the season, setting season highs with 466 yards and 34 points. The Wildcats rallied from a 12-point halftime deficit, but couldn’t make it all the way back, losing 41-34.

“You see what they’re doing offensively, they’re difficult to defend,” Cal coach Justin Wilcox said. “They’ve got speed at receiver and find ways to get guys the ball in space, and use some deceptives as well.”

After some early-season struggles, the Bears (3-5, 2-3) seem to have found their stride the past few weeks. They shut down Colorado for a 26-3 win on Oct. 23 and outlasted Oregon State 39-25 last week.

“We’re certainly improving,” Wilcox said. “There are guys who are developing and making some big plays in the game who are coming into their own a little bit.”

The Bears will be shorthanded against Arizona, though. Several players went into COVID-19 protocol Thursday and will not be available to play. The school did not announce which players will be out.

Receiver Jamarye Joiner has given Arizona another dimension at quarterback the past few weeks, filling in a few plays for Will Plummer.

Now, the Wildcats may have to play without him.

Joiner threw a 73-yard TD pass last week against USC, but suffered a right knee injury that could keep him out of Saturday’s game. Joiner arrived at Arizona as a quarterback before being converted to receiver, but has been a nice change of pace with Plummer since Gunner Cruz and Jordan McCloud suffered season-ending injuries.

Plummer had his best game of the season against the Trojans, throwing for 264 yards on 20-of-34 passing.

Cal could get two key players back against Arizona.

Outside linebacker Cam Goode is expected to return after missing the Oregon State game with an undisclosed injury. The sixth-year senior is Cal’s active career leader with 35 tackles for loss and an anchor on the Bears’ defense.

Running back DeCarlos Brooks also is expected back this week after missing five games. The backup led Cal with 10.9 yards per carry the first three games before suffering a lower-body injury.

For Arizona to have a chance at ending its streak, it will have to find a way to contain Cal quarterback Chase Garbers.

The senior has thrown for 1,979 yards and 14 touchdowns with five interceptions this season. He’s also a threat to run, breaking Joe Kapp’s 63-year-old school record for career rushing by a quarterback two weeks ago against Colorado.

Garbers is Cal’s second-leading rusher with 365 yards this season and has 1,083 career.

Arizona has won five straight in the series against Cal and is 18-14-2 all-time. The Bears have not won in Tucson since 2002. … Cal’s defense has allowed 315.3 yards and 18.3 points per game the last four games after giving up 417.8 yards and 29.3 points the first four. … Arizona is second in the Pac-12 and 24th nationally in pass defense, allowing 193.5 yards per game. … The Bears have lost one fumble this season, leading the Pac-12 and tied for second in the FBS. 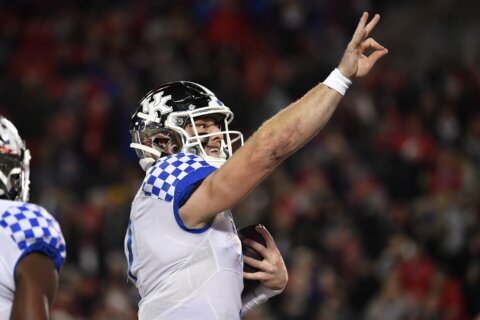 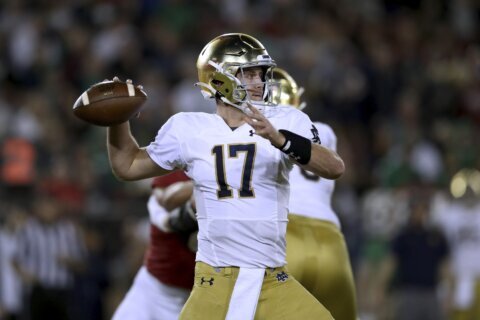