SAN DIEGO (AP) — With the rubble of Qualcomm Stadium piled high about 150 yards away, the construction of San Diego State’s new football stadium reached a major milestone on Wednesday.

Construction crews performed a traditional topping-out ceremony at Aztec Stadium by hoisting the final steel beam into place at the top of one of the scoreboard frames. The beam was signed by guests and had a symbolic evergreen tree on it.

“Today’s really important because when you’re done with steel, you can tell it’s a football stadium,” athletic director John David Wicker said after the brief ceremony. “It’s such a key part in the timeline and now we start with precast concrete, and before long we’re going to be standing here and the Aztec football team is going to be running on the field and we’re going to have a football game. It’s going to be awesome.”

Aztec Stadium is going up just west of where Qualcomm Stadium stood since 1967. After the NFL’s Chargers bolted for Los Angeles after the 2016 season, San Diego State won a ballot measure that gave it the right to buy the majority of the Mission Valley site for a campus expansion and new football stadium.

When the coronavirus pandemic struck and San Diego State kew it wouldn’t be able to play in front of fans last fall, the school moved its games to an MLS stadium in the Los Angeles suburb of Carson and moved up the demolition of the old 70,000 seat stadium to make construction of the new stadium easier.

“We’ve kept our head down, we’ve been transparent, we provided a plan, a blueprint for what we wanted to do, and then we convinced people to join us to make sure that plan happened,” Wicker said. “We’ve just kept our head down and worked hard, and we’ve slowly but surely continued to bring people on board.

“I’m just proud of the fact that we said we wanted to do something for the community of San Diego and we’re standing in the middle of it right now.”

San Diego has a history of failing to get big projects built, or taking a long time to complete them. The Chargers tried for nearly 15 years to get a new stadium built and finally gave up and moved to L.A.

“We need more of it,” Gloria said. “We get big projects done, but often on extended timelines. This one has happened so quickly and it should be a blueprint for how we do things. We have a lot of big developments on deck. I hope they can follow this expedited process.”

The last section of Qualcomm Stadium was knocked down in late March. Only one small part of the above-ground structure remains, and crews are removing structural pilings.

Crews separated out rebar and other debris and ground the concrete rubble into small pieces that will be used for fill around the site.

Aztecs football coach Brady Hoke missed the ceremony because he was on vacation. Basketball coaches Brian Dutcher and Stacie Terry-Hutson were there, along with other coaches, as was retired hoops coach Steve Fisher.

San Diego State ill once play its home schedule at Carson this fall, in the same stadium where the Chargers played for four years before moving into Sofi Stadium in Inglewood last fall. 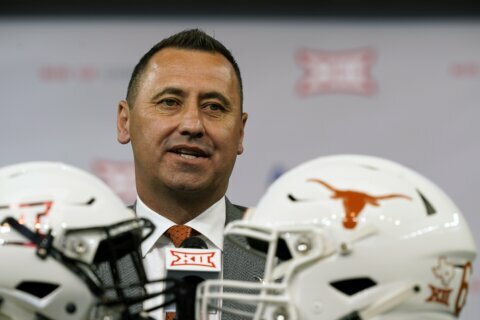 SEC move on horizon, Texas and Oklahoma coaches focus on ’21 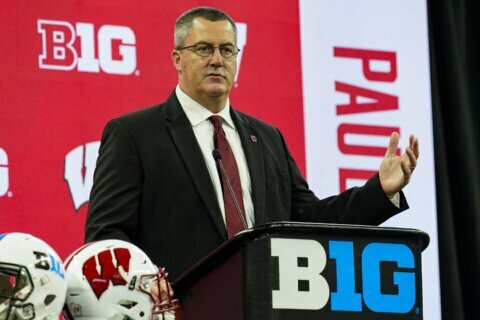 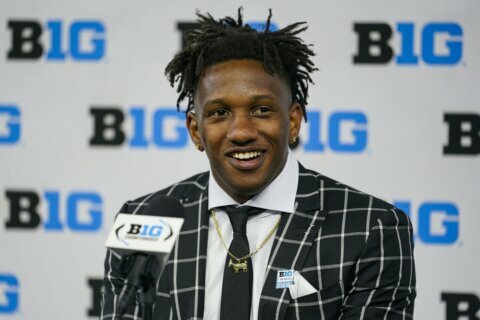