It’s college football preview week on WTOP.com. Check back all week as we break down all the local Division I squads.

ANNAPOLIS, Md. — A 10-year tenure. That is something you don’t often find in college football’s transient world.

Ken Niumatalolo begins his 10th season in Annapolis in an FBS where there are 22 first-year coaches and 77 of 128 head men have been in place less than four years.

Looking closer, when he took over in Annapolis in 2008, Virginia and Maryland were two coaching moves away from where they are today. Even further, since Navy joined the AAC in 2015, nine of their conference foes have changed coaches, leaving 2015 hires Chad Morris (SMU) and Phillip Montgomery (Tulsa) as the other “senior statesmen” of the league.

“I’m very grateful — this is such a tough profession to stay involved in,” Niumatalolo said. “I feel fortunate to be coaching great kids at a great place.”

He’s gotten great results, posting a 77-42 record with five Commander-in-Chief’s Trophies, four bowl wins and an 8-1 record against archrival Army. But it’s about more than just wins, losses and honors on the field for the coach.

“We’ve had some success but we’ve done it the right way with good people,” Niumatalolo said. “Of anything, that is the most gratifying.”

His Midshipmen return four starters on offense and six more on defense from a team that won the AAC West Division last fall.

The Midshipmen will have a new pilot at the helm. Last year, they lost quarterback Tago Smith in the first game of the season to a knee injury, but senior Will Worth directed the offense well until breaking his foot in the AAC Championship Game. Then-sophomore Zach Abey started the game against Army and returns this fall as the No. 1 QB.

“Physically, he has all of the tools,” Niumatalolo said. “He’s fast and can run … he’s physical. The experience he learned from playing in those three games (AAC title game, against Army and in the Armed Forces Bowl) … there’s no way we could have simulated that pressure. He’s just got to continue to improve.”

Abey won’t be all alone, as the Mids do return second-leading rusher Chris High, who averaged over six yards per carry in 2016. What makes the senior special?

“He just hits the hole hard,” Abey said. “It’s not the most glamorous, as he gets hit pretty much every play whether he has the ball or not. He just goes in full-speed.”

If High is able to provide the same base threat inside as the keystone to the Midshipman option offense, expect Navy to average over 300 yards on the ground per game once again.

The defense did have occasional issues last year, coughing up at least 40 points on four occasions. Senior linebacker Micah Thomas led the team with 107 tackles in 2016 and knows what the Midshipmen’s AAC foes will throw their way again this autumn.

“Offenses like to spread it out and get it on the edges. To combat that, we’re going to try to get after the quarterback and help our DB’s when they’re getting there in tight coverage.”

The Mids will need more than the 20 sacks (tied for 99th in FBS) and seven interceptions (tied for 104th) they collected last year if they want to repeat as AAC West Division champs.

The Midshipmen open conference play with home games against Tulane and Cincinnati after starting the season on the road at Florida Atlantic. This year’s senior class enters 15-3 at Navy-Marine Corps Memorial Stadium.

“The atmosphere here, first and foremost with the brigade, there’s so much to it,” said Niumatalolo . “When it’s filled and people are sitting on the hill — it’s a pretty special place. What this stadium represents … and our guys, they know when they come here this is hallowed ground.”

That said, while Air Force comes to Annapolis Oct. 6, most of the marquee matchups are on away from home. Navy was picked to finish third in the West Division behind Memphis and Houston; they visit both the Tigers and Cougars. The Notre Dame game is also a true road tilt, as opposed to one played in Baltimore, Landover or Jacksonville as a Mids “home” game. The annual matchup with Army is at Philadelphia, and instead of looking to extend a double-digit streak, the Mids will just be looking to avenge last year’s loss at close-to-campus M&T Bank Stadium.

Somehow, the season will hinge again on a cold December afternoon — but that’s nothing new to the longest-tenured coach in Navy history. 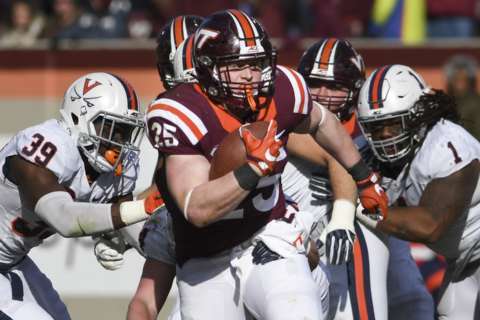 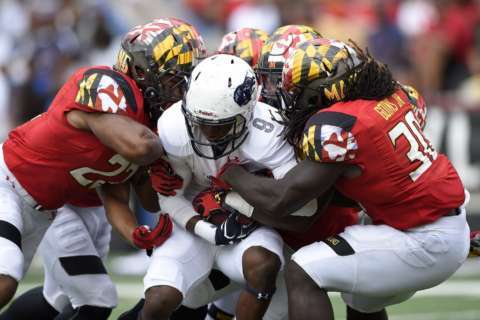