Her Sooners are closing out another dynamic season by playing Florida State in the best-of-three Women’s College World Series final this week. But lately, she’s had more on her mind than winning between the lines.

About a month ago, she lit into the NCAA for its WCWS format. She pointed out that the men’s College World Series stretches over nearly two weeks and does not include doubleheaders while the women’s tournament lasts no more than a week and forces several teams to play doubleheaders. She said the current format is a health risk for her players, and that she has, at times, been uncomfortable with how she has had to use pitchers while winning her four national titles.

Gasso’s ire was raised again this week after Florida State and Oklahoma State played a WCWS game that started at nearly midnight and didn’t end until after 2 a.m. on Sunday. Though a rain delay pushed things back, she felt the situation could have been avoided. In the men’s World Series, there are more days off and more scheduling flexibility.

“It’s very uncomfortable when we are talking to our players about standing up for what is right, yet, what is happening around us is not right,” Gasso said. “And the players will do whatever you put in front of them. They’re not going to complain. They’re going to go to bed at three, wake up at seven, because it’s the World Series. But that’s not the memory they need to have.”

If this sounds familiar, it should: There was sharp criticism of inequalities between the men’s and women’s basketball tournaments earlier this year. Similar complaints were raised only a few weeks later about the women’s NCAA volleyball tournament.

Now, softball is having its reckoning.

There’s plenty of energy behind this year’s WCWS, which returned after being canceled last year because of the pandemic. A $27.5 million project that Oklahoma City voters approved in 2017 has been completed, and USA Softball Hall of Fame Stadium has new upper decks that increased seating capacity from 9,000 to 13,000 along with improved locker rooms and other amenities.

The men’s and women’s World Series events boasted similar television ratings in 2019 and ratings are strong again this year for the WCWS, according to ESPN.

Merely having more than women’s softball has had before isn’t enough anymore.

“I think it’s (softball) ready to burst, and I just hope we can get the NCAA to understand that and look at some of the inequities that are still involved in women’s sports,” recently retired Arizona coach Mike Candrea said. “And I think they need to be changed because we have a tremendous product.”

The NCAA declined an interview request for this story, saying it wants to keep the focus on the athletes. Joni Comstock, NCAA senior vice president of championships, said the Division I Softball Committee that handles the format and scheduling includes active coaches and administrators from around the country.

There are questions, and not just about scheduling. The women don’t have showers at USA Softball Hall of Fame Stadium. And Gasso pointed out before the tournament that there are no indoor batting facilities for the women.

The men have those things.

“Oklahoma City has done that with increasing the seating and you’ll get that wow factor (at the stadium),” Gasso said. “But there are still things behind the scenes that need to get worked on, and they will. I know they will. We’re in the right direction, without question.”

The NCAA made a change on Sunday. When another weather delay raised the potential for two very late games they were moved to Monday and the championship series was moved back a day to Tuesday.

Matthew Holmes, the NCAA’s assistant director for championships and alliances, said that was an independent decision unrelated to the long night that dragged into Sunday. He said the games were moved because the softball committee didn’t want those games potentially split into separate days, giving one finalist a rest day while the other played in an elimination game.

The coaches feel permanent changes are needed. Florida State coach Lonni Alameda said the schedule makes players less than their best, which means television viewers are getting a lesser product.

“I really want to be a part of bringing that discussion up, because I know in our sport, we’ll play until all hours, we’ll do what’s ever needed because we’re a blue-collar sport,” she said. “But on the other side, when we’ve got something so great we’ve got to protect it and take care of it. So that conversation has to start happening. Now that I’ve lived it, I can help that conversation move along.” 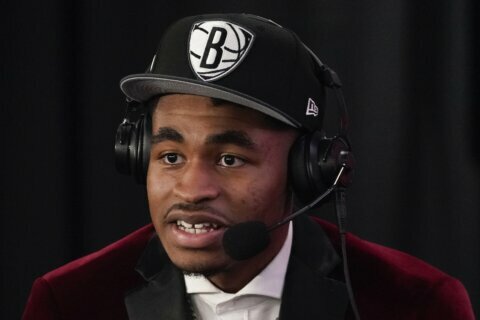 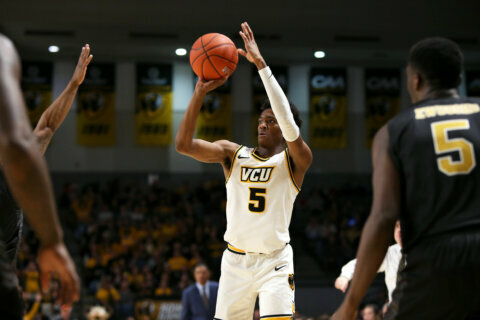 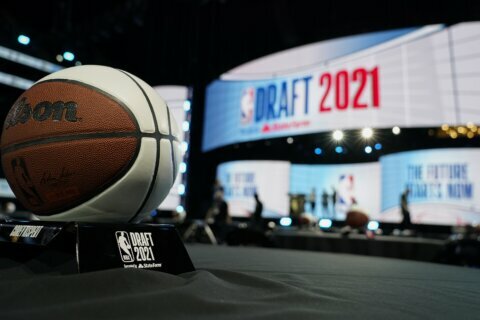 Chicago Bulls take Illinois’ Ayo Dosunmu at No. 38 in draft