The Georgetown Hoyas were selected last in the Big East's annual preseason poll as picked by the league's head coaches. Each coach is not permitted to place their team in their rankings.
Listen now to WTOP News WTOP.com | Alexa | Google Home | WTOP App | 103.5 FM

The Georgetown Hoyas were selected last in the Big East’s annual preseason poll as picked by the league’s head coaches. Each coach is not permitted to place their team in their rankings.

Villanova was selected as the favorite to win the conference as they have been selected for six out of the past seven seasons. The Wildcats received nine first-place votes while the Creighton Blue Jays, who finished second in the poll, received the remaining two.

Georgetown’s placement of 11th in the conference comes after the team finished 10th just a year ago. The team ended the season losing their final seven games and had a 5-13 record in Big East play.

Throughout the season, the Hoyas saw a mass exodus of players from the program. Four players transferred mid-season. Then the two top players, Mac McClung (transfer) and Omer Yurtseven (professional) decided not to come back for another season despite still having eligibility.

Those losses seem to be too much for the Hoyas to overcome in the eyes of the coaches as they enter the 2020-21 season. There are questions abound for the program as Patrick Ewing looks to have to build back up the team behind Jahvon Blair and Jamorko Pickett.

No players from the Hoyas were honored on the league’s preseason teams.

The Hoyas will open the conference season against the favorite Villanova on Dec. 11. Below is the first section of their schedule as announced by the league: 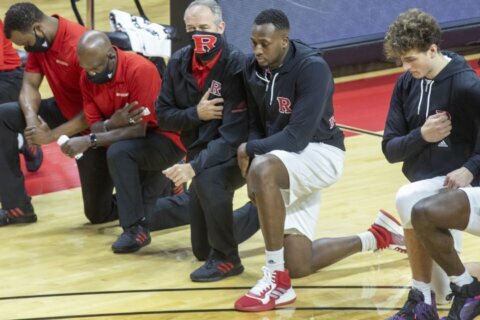