Behind AP’s decision to appoint a democracy editor: ‘This is a very crucial beat’

Last week, the Associated Press announced the creation of an unusual new position: a democracy editor.

Tom Verdin — a more than 20-year veteran of the AP who spent the past seven years leading its state government team — will take up the role,managing coverage on challenges to democracy, voting rights, election processes and related areas. Although such topics are often considered the purview of politics and government journalists, the current threats to democracy both in the United States and abroad called for the attention of a dedicated editor, according to AP executive editor Julie Pace.

“This is a really new but also very crucial beat that we are covering at the AP,” Pace told CNN’s chief media correspondent Brian Stelter on “Reliable Sources” Sunday.

Pace pointed to stories such as the recent standoff among a county commission in rural New Mexico over certifying primary results, which resolved Friday but sparked nationwide concerns about potential election subversion.

“The challenge that a lot of news organizations are facing when it comes to covering democracy is that, yes, this is of course a national issue, a macro issue, but it’s playing out all across the country in very local ways,” Pace said. “And if you think about what happened in New Mexico potentially playing out across the country in November, in the midterm elections, or in a general election in 2024, I think it certainly could provide enough fodder to keep a democracy editor and a democracy team quite busy.”

The move comes as the 2022 primary season heats up, and news organizations focus on what the results will mean for the direction of each of the major US parties ahead of November’s midterm elections. In particular, many media organizations are closely watching the success of candidates aligned with Donald Trump for signs of how influential the former president remains in the Republican party.

“We have an extremist wing, an extremist element, within the conservative movement that is trying to basically take over the Republican party,” HuffPost Editor-in-Chief Danielle Belton told Stelter. “The press, American people, all of us, anyone who’s pro-Democracy, pro-free press, pro-equality, this is what we’re up against because these are the things these people do not want.” 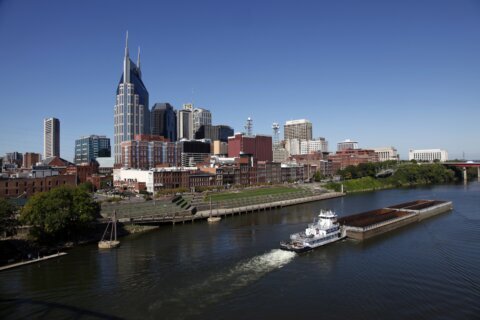