3 shot and killed in Milwaukee following night of violence

MILWAUKEE (AP) — Milwaukee police on Sunday were investigating three separate overnight shootings in which a 17-year-old boy and two men in their 20s died.

The shootings came a night after a night of violence in which 21 people were shot and wounded in three other attacks near the Fiserv Forum in downtown Milwaukee as the Bucks were taking on the Boston Celtics in Game 6 of their NBA playoffs series. Those shootings led authorities to impose an 11 p.m. curfew on Saturday and Sunday. The Bucks canceled a fan watch party for Sunday afternoon’s decisive Game 7.

The Milwaukee County medical examiner said a 21-year-old man died after a shooting that happened near 11th and Rogers streets around 11:45 p.m. Saturday, Fox6 News reported.

About 40 minutes later, a 17-year-old Milwaukee boy was killed in a shooting that police say might have been related to a robbery. The victim had a gun on him.

Police hadn’t released the victims’ names or arrested anyone in the shootings as of early Sunday afternoon.

The 11 p.m. curfew requiring everyone age 20 or younger to be off the streets was in effect when the shootings happened. Police said Sunday that Saturday night was “peaceful and uneventful” in the downtown area and that no citations for curfew violations were issued.

Everyone wounded in Friday’s shootings, which happened within blocks of the arena, is expected to survive. At least 11 people have been arrested in connection with those shootings.

The Milwaukee Journal Sentinel reported that the crowds were noticeably smaller at restaurants and bars downtown during Sunday’s game compared to previous playoff games.

At the Oak Barrel Public House about a block away from the Fiserv Forum, assistant general manager Max Bradshaw said he expected fewer families would bring their children to the area Sunday, but he predicted the crowds will come back eventually.

But Demetre Davis, who works at McGillicuddy’s near the intersection where 17 people were shot Friday, said police need to do more to control the crowds and keep the area safe. 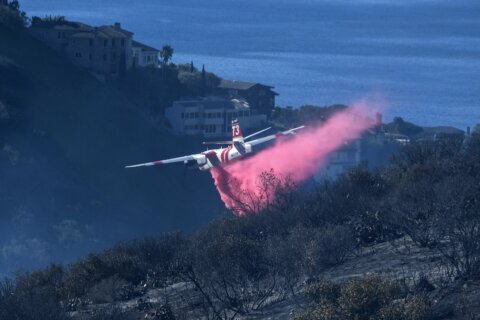