Nearly a month into daylight saving time, many Americans want things to stay that way. More Americans prefer permanent daylight saving time to permanent standard time, but not overwhelmingly so. Those who want more daylight in the evening rather than the morning all year round say it’s because it puts them in a better mood and they feel more productive later in the day, among other reasons they gave for preferring daylight standard time. 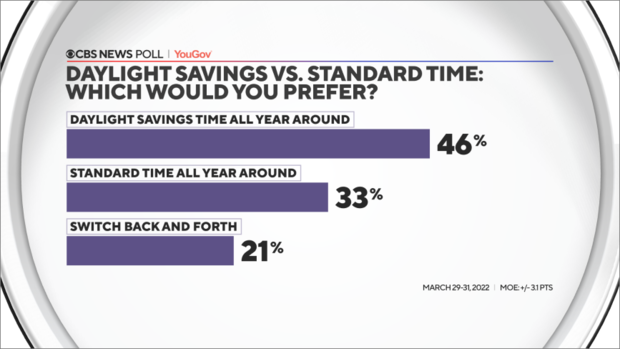 But not everyone is on board. A third of Americans would prefer to have standard time extended to all year round. Top reasons they gave are that they feel it is more closely associated with human biological rhythm and that people sleep better during standard time.

One thing that’s pretty clear is that there isn’t much enthusiasm for what most of the country does now — switching back and forth between daylight saving and standard time. Just one in five Americans would like to stick with that. 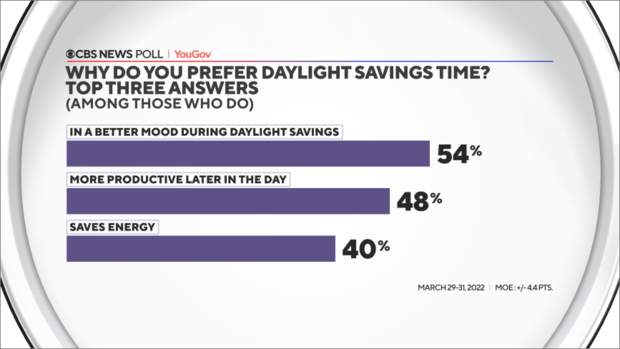 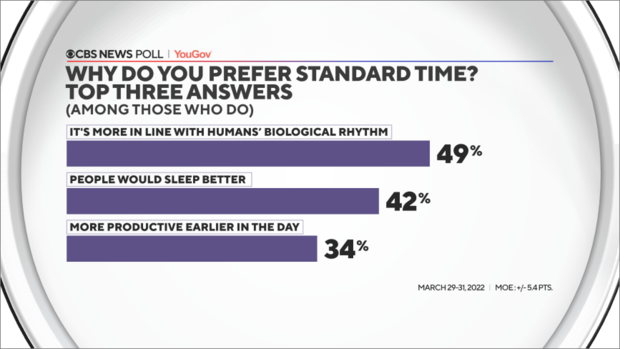 People living in the Northeast, Midwest and South have a preference for permanent daylight saving time. However, those in the West — home to two states that are on permanent standard time — are split in their views. 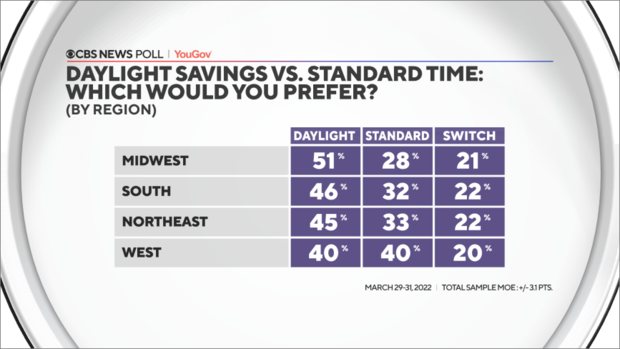 This CBS News/YouGov survey was conducted with a nationally representative sample of 1,612 U.S. adult residents interviewed between March 29-31, 2022. The sample was weighted according to gender, age, race, and education based on the U.S. Census American Community Survey and Current Population Survey, as well as to 2020 presidential vote. The margin of error is ± 3.1 points.