MINNEAPOLIS (AP) — Live video coverage will be allowed in the trial of a former suburban Minneapolis police officer charged in the death of Daunte Wright after the judge overseeing the case reversed herself Tuesday, citing the state of the pandemic.

Judge Regina Chu had ruled in August that she would not allow recording or livestreaming of Kim Potter’s trial, which is due to start Nov. 30. Under Minnesota court rules, audio and video coverage of a criminal trial is usually barred unless all parties consent, and Potter has not agreed to it. But a different judge made an exception for the trial earlier this year of ex-Officer Derek Chauvin in the death of George Floyd.

A coalition of media organizations including The Associated Press made a fresh plea last week for reconsideration, saying “reasonable and meaningful” public and media access to the proceedings requires live coverage under current conditions.

Chu issued an order Tuesday granting their request, saying her expectation that COVID-19 would be on the wane by the time the trial starts has not come true. She noted that infection and hospitalization rates in Minnesota continue to rise.

“Ongoing pandemic concerns are front and center in informing this Court to reconsider its original decision prohibiting A/V coverage,” Chu wrote. “Furthermore, public and media interest in the case appears to be more substantial than originally thought. … It simply does not make sense given the current state of the pandemic to take unnecessary risks to public health and safety.”

Potter, a former Brooklyn Center officer who is white, fatally shot Wright, a 20-year-old Black motorist, on April 11. She has said she meant to use her Taser instead of her handgun as Wright was trying to drive away from officers. She’s charged with first- and second-degree manslaughter.

Chu wrote that Chauvin’s trial — Minnesota first criminal case in which cameras were allowed from start to finish — “should allay any trepidations about cameras in the courtroom.” She issued a set of ground rules that were similar to those Judge Peter Cahill used for regulating access to Chauvin’s trial. Only two pool reporters will be allowed into the courtroom at a time, while Chu will allow three Wright family members at a time.

After Chauvin’s trial, Minnesota Supreme Court Chief Justice Lorie Gildea approvingly ordered a court advisory committee to study whether the current rules on audio and video coverage should be amended, and to report back by next July 1.

Chu made a point out of saying her decision to allow audio and video coverage was “most emphatically” not influenced by a protest by some activists outside her home Saturday night. She said it had no bearing on her ruling.

“The bedrock of our democracy is the rule of law and that means we must have an independent judiciary and judges who can make decisions independent of the political winds that are blowing, protests or attempts at intimidation,” she wrote. “Judges sometimes properly change their minds because of changed circumstances — the Court has here.” 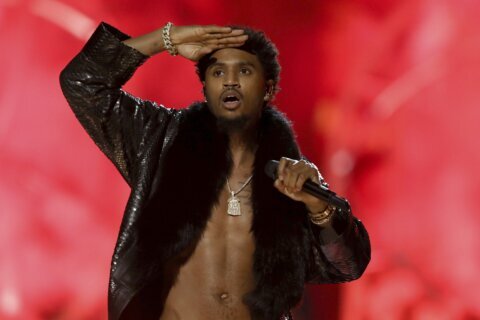