New Orleans: Flames shoot up side of Superdome roof, put out

NEW ORLEANS (AP) — Smoke and flames shot up the side of the Superdome’s roof on Tuesday after a pressure…
Listen now to WTOP News WTOP.com | Alexa | Google Home | WTOP App | 103.5 FM

NEW ORLEANS (AP) — Smoke and flames shot up the side of the Superdome’s roof on Tuesday after a pressure washer being used to clean the roof of the New Orleans sports and entertainment arena caught fire.

The New Orleans Fire Department confirmed firefighters responded to flames on the building’s roof shortly after 12:30 p.m. The fire appeared to be under control a short time later.

New Orleans Emergency Management Services said on Twitter that they were transporting one person to the hospital for “minor burns.” Emergency officials called on people to stay away from the area.

Crews were power washing the roof this week to prepare it to be painted, officials said.

“Upon further investigation it appears that a pressure washer being used to clean the roof caught fire. Damage is still being assessed,” said a statement from the Louisiana Stadium and Expedition District, which is a state board that governs the dome, and ASM Global, which manages the Superdome.

“The fire was contained to the exterior gutter system surrounding (the) Superdome, and only a small area of the roof suffered minimal damage. Pressure washing was underway to clean the roof before a planned re-coating of the entire roof itself. Any fire damage will be addressed during the re-coating process,” the management companies said.

“Initial assessments suggest that damage is superficial and there appears to be no structural damage or impact to the integrity of the roof’s exterior skin. The building’s outer skin and roof remain watertight.”

A photo posted on the city’s emergency management Twitter feed showed firefighters in the trench that separates the Superdome roof from an outer wall as they sprayed down the fire-blackened walls.

The NFL’s New Orleans Saints have regularly played home games at the venue, often drawing capacity crowds. The Superdome also has been the site of seven Super Bowls in recent decades, and is also used for concerts, college football and other events.

The next Saints home game at the Superdome is scheduled for Oct. 3 when the team faces the New York Giants.

“While final assessments continue, the Louisiana Stadium and Exposition District along with the Superdome’s management company, ASM Global, do not feel the fire will impact or force any cancellation of future events,” including the Saints’ game, the management companies said.

The team’s final preseason home game slated for Aug. 28 was canceled due to impending Hurricane Ida, which made landfall the next day. Since the storm, the team has been practicing in the Dallas area. The team’s Sept. 12 game against the Green Bay Packers was moved to Jacksonville, Florida, out of concerns for the city’s wider infrastructure and Dome staff although the Dome itself was not damaged during Ida.

In 2005, the Superdome was used as a shelter of last resort for those unable to evacuate the city before Hurricane Katrina struck. The building housed up to 30,000 people seeking shelter but it didn’t withstand the storm’s impact. Winds tore a hole in its roof, sending water onto the dome’s field. The building was operating on generators, which only powered the lights. Levees protecting the city had failed, sending tons of water throughout the city. Pumping stations couldn’t keep up and as a result, up to 6 feet (2 meters) of water surrounded the dome. 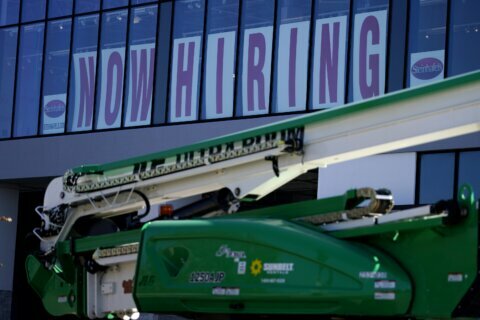