CAPE CANAVERAL, Fla. (AP) — An 18-year-old is about to become the youngest person in space, rocketing away with an…
Listen now to WTOP News WTOP.com | Alexa | Google Home | WTOP App | 103.5 FM

CAPE CANAVERAL, Fla. (AP) — An 18-year-old is about to become the youngest person in space, rocketing away with an aviation pioneer who will become the oldest at age 82.

Blue Origin announced Thursday that instead of a $28 million auction winner launching with founder Jeff Bezos on Tuesday, the Dutch son of another bidder will be on board. The company said Oliver Daemen will be the first paying customer, but did not disclose the price of his ticket. But a family spokesperson said it will be considerably less than the winning bid.

Daemen snagged the fourth and last seat on the space capsule after the auction winner stepped aside because of a scheduling conflict. The offer came in a surprise phone call from Blue Origin last week, he said.

“This is so unbelievably cool!” Daemen said in a statement. “The flight to and into space only takes 10 minutes, but I already know that these will be the most special 10 minutes of my life.”

He added in a video posted by Dutch broadcaster RTL: “I am super excited to experience zero-g and see the world from above.”

Also on Blue Origin’s first launch with passengers: Bezos’ brother and Wally Funk, one of 13 female pilots who went through the same tests in the early 1960s as NASA’s Mercury 7 astronauts but never made it into space because only men were allowed.

The four will blast off from West Texas atop a New Shepard rocket for a 10-minute flight. The Amazon founder will become the second person to ride his own rocket into space, following Virgin Galactic’s Richard Branson by nine days.

The teen tourist was going to be on the second launch for paying customers, according to Blue Origin. But once the auction winner dropped out, the company seized on the idea of flying the oldest and youngest people in space on the same flight, the family spokesperson noted.

His undisclosed ticket cost will be donated to charity, just as most of the winning $28 million was distributed this week to a variety of space education and advocacy groups.

“This marks the beginning of commercial operations for New Shepard, and Oliver represents a new generation of people who will help us build a road to space,” Blue Origin CEO Bob Smith said in a statement.

Blue Origin has yet to open ticket sales to the public or disclose its anticipated prices. That’s expected following the upcoming flight.

Daemen took a year off after graduating from high school last year to obtain his private pilot’s license. He’ll attend the University of Utrecht in the Netherlands in September.

His father is Joes Daemen, founder and CEO of Somerset Capital Partners, a private equity firm in Oisterwijk, Netherlands. Both father and son were on their way to Texas on Thursday to prepare for the launch, according to their spokesperson..

The elder Daemen said he bid on the seat during the June 12 auction. “But when the bids started to skyrocket during the auction, we dropped out,” he said in a statement.

Daemen already has gotten some good space-traveling advice from Dutch astronaut and two-time space flier Andre Kuipers. According to the statement, Kuipers told him “not to make the classic mistake of taking pictures in the short time he is up, but to fully enjoy the view of our beautiful planet.”

Soviet cosmonaut Ghermon Titov holds the record for the youngest to fly in space. He was 25 when he blasted into orbit four months after Yuri Gagarin, the first person in space. John Glenn was 77 when he launched aboard space shuttle Discovery in 1998, 37 years after becoming the first American to orbit the world.

AP reporter Mike Corder in The Hague, Netherlands, contributed to this report. 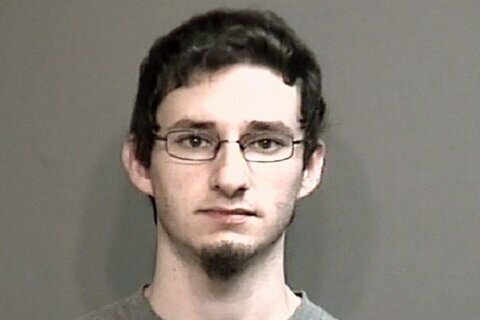 Recordings to be heard at trial in Chinese woman’s death