COLUMBIA, S.C. (AP) — A federal judge said Monday that a decision will come shortly on whether to suspend a new South Carolina law banning abortions through the end of a legal challenge from Planned Parenthood.

U.S. District Judge Mary Geiger Lewis said that before she can issue the decision, she will still have consider requests from South Carolina Gov. Henry McMaster and House Speaker Jay Lucas to intervene in the case in support of the new law.

Lewis initially suspended the South Carolina Fetal Heartbeat and Protection from Abortion Act last month, a day after McMaster signed it into law and Planned Parenthood proceeded to sue. An extension issued last week by Lewis on the temporary restraining order runs through March 19.

The measure requires doctors to perform ultrasounds to check for a heartbeat in the fetus, which can typically be detected about six weeks after conception. If one is detected, the abortion can be performed only if the pregnancy was caused by rape or incest or if the mother’s life is in danger.

On Monday, Lewis grilled lawyers representing the state attorney general’s office on claims that the ultrasound requirement, along with some of the law’s other components, could be found constitutional on their own and should be upheld separate of the ban itself.

Deputy Solicitor General Emory Smith argued that such a requirement showing a fetal heartbeat, even without the abortion ban, could prompt a woman to change her mind about an abortion. And that would be in the state’s interest to protect human life, Smith said.

But Lewis appeared unconvinced of the claim, saying the ultrasound requirement seemed inextricably tied to the ban. She expressed skepticism that the state’s interest would outweigh a woman’s constitutional right to an abortion: “The state could never have an interest that would outweigh that,” Lewis said.

The ban’s opponents have said many women don’t know they are pregnant before a heartbeat is detected, especially if they aren’t trying to conceive. And with such an early deadline, the law gives women little time to consider whether to have an abortion.

The South Carolina measure does not punish a pregnant woman for getting an illegal abortion, but the person who performed the abortion could be charged with a felony, sentenced up to two years and fined $10,000 if found guilty.

South Carolina has three clinics that provide abortions in its largest metropolitan areas — Charleston, Columbia and Greenville — and none of them performs abortions after the first trimester. Two of the clinics perform abortions only twice a week, according to Planned Parenthood. 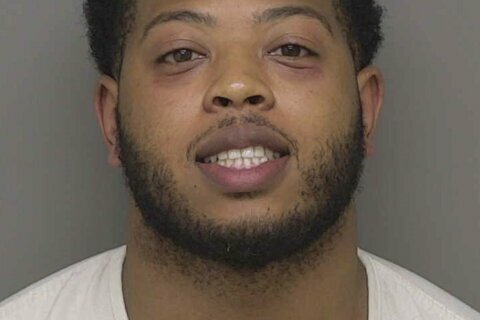