LANSING, Mich. (AP) — One of Michigan’s highest-ranking Republicans on Wednesday stood by his false claims that it is a…
Listen now to WTOP News WTOP.com | Alexa | Google Home | WTOP App | 103.5 FM

LANSING, Mich. (AP) — One of Michigan’s highest-ranking Republicans on Wednesday stood by his false claims that it is a “hoax” to blame supporters of then-President Donald Trump for the deadly Jan. 6 riot at the U.S. Capitol.

In a private conversation with Democratic Lt. Gov. Garlin Gilchrist II in the Michigan Senate that was captured by the chamber’s video feed, Senate Majority Leader Mike Shirkey said: “I frankly don’t take back any of the points I was trying to make” but rather “some of the words I chose.” He said the siege was “very real, but the assignment of cause — that was planned weeks and months in advance.”

Shirkey apologized Tuesday after the release of an hourlong video of a Feb. 3 meeting in which he told Republicans that the siege at the Capitol “wasn’t Trump people. That’s been a hoax from day one. That was all prearranged.” He questioned why there was not more security and suggested the “staged” event was “done from high,” claiming then-U.S. Senate Majority Leader Mitch McConnell “was part of it. … They wanted to have a mess.”

The statement did not specify the remarks for which he was apologizing, and he did not speak to reporters following the session on Wednesday.

The controversy was the latest involving Shirkey and the GOP more broadly in a battleground state that Joe Biden won by 153,000 votes but where Trump continues to hold grip. Shirkey came under fire for meeting with paramilitary group leaders last year and attending a rally with extremists, weeks after armed men entered the Statehouse to protest Democratic Gov. Gretchen Whitmer’s coronavirus restrictions. Some were later charged i n a plot to kidnap the governor.

GOP leaders in Hillsdale County, which is in Shirkey’s district, censured him Feb. 4 for backing a ban on the open carry of guns in the Statehouse and his alleged inaction against Whitmer’s COVID-19 orders. Shirkey countered that Republicans had “spanked her hard” and he joked about having contemplated inviting Whitmer to a fist fight on the Capitol lawn.

Earlier Wednesday, Shirkey told an activist with the liberal group Progress Michigan that he was saying the hoax was “the fact that it was blamed on Trump. The actual event was very real and very, very unfortunate.” He said he would not resign.

Asked if Shirkey should step down, the governor told The Associated Press she is focused on the pandemic.

“I do not have the time or energy to indulge anyone in terms of conspiracy theories or even threats of violence against me personally,” she said. “I’m going to stay focused on my job. Any legislator who actually wants to get these important issues done and wants to show some leadership on those fronts will find a willing partner in me.”

Gilchrist said he found Shirkey’s latest statements “quite disturbing” but also unsurprising, saying it “connects to the broader rhetoric that he’s been spewing toward the governor.”

“I certainly think there needs to be some accountability and that’s up to, frankly, his caucus,” he told AP. “That’s up to the Michigan Republican Party to choose if that’s the kind of party they want to be.”

Trump’s second impeachment trial is underway. Democrats say the former president was responsible for inciting the mob who broke into the Capitol and interrupted the presidential electoral count. Five people died, including a police officer.

Shirkey is no stranger to controversy.

In 2019, he used the words “bat” and “crazy,” plus an obscenity in his description of the governor. After her recent State of the State speech, he said she looked “delightful” without a mask on. Shirkey, who caught COVID-19 in late December, referred to it as the “Chinese flu,” which Democrats said was racist.

House Speaker Jason Wentworth, a Republican, said Shirkey’s latest comments “are his own and don’t reflect my feelings or beliefs. It’s disappointing that this situation is detracting from the important work we are doing every day.”

Jeff Timmer, a vocal Trump critic who once was executive director of the Michigan GOP, tweeted that donors should stop giving to all Senate Republican-related committees until Shirkey is replaced as leader. Liberals called for sponsors of a Wednesday fundraiser for one of Shirkey’s political action committees, who paid $1,000 to $5,000 each, to cut ties.

A spokesman for Blue Cross Blue Shield of Michigan, whose PAC was among six gold sponsors, said the event was arranged before the insurer became aware of Shirkey’s statements.

“We are deeply disappointed and strongly disagree with (his) comments about the riot at the Capitol … as well as his inappropriate language about the governor,” Andy Hetzel said. 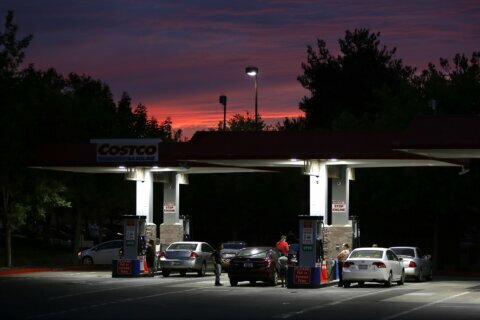