Two Delaware men, one of whom was seen in a viral photograph holding a Confederate flag inside the U.S. Capitol, have been arrested on federal charges.
Listen now to WTOP News WTOP.com | Alexa | Google Home | WTOP App | 103.5 FM

▶ Watch Video: Descendant of Robert E. Lee says Confederate flag at the Capitol was “attack on our democracy”

Two Delaware men, one of whom was seen in a viral photograph holding a Confederate flag inside the U.S. Capitol during last week’s riot, have been arrested on federal charges, according to the U.S. Attorney’s Office for the District of Columbia.

Kevin Seefried and Hunter Seefried were charged with unlawful entry into a restricted area, violent entry and disorderly conduct on Capitol grounds, and depredation of government property, according to a statement from the U.S. Attorney’s Office for D.C. CBS station WDEL reports the men are father and son.

The U.S. attorney’s statement says both are alleged to have entered the Capitol through a broken window. Kevin Seefried, whom WDEL reports is the elder Seefried, was photographed a short time later with the Confederate flag, according to the U.S. Attorney’s office. 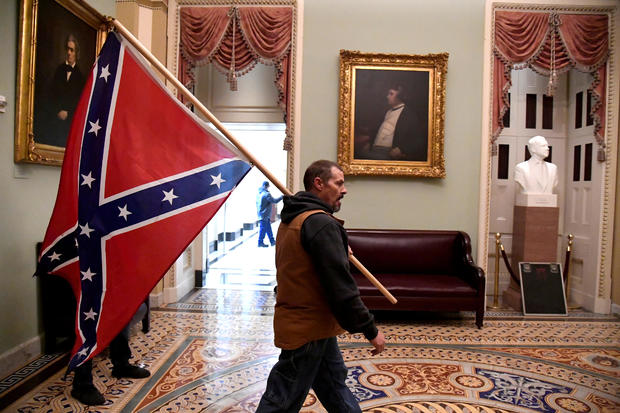 A supporter of President Donald Trump carries a Confederate battle flag on the second floor of the U.S. Capitol after breaching security on Wednesday, Jan. 6, 2021. (Mike Theiler / REUTERS)

WDEL reports Kevin Seefried, of Laurel, is expected to appear at a virtual court appearance Thursday. Tips to federal authorities led to his arrest, according to the station.

Federal authorities are investigating more than 170 people — more than 30 of whom now face federal charges — in the Jan. 6 Capitol assault that left five dead. Hundreds more charges are expected as federal investigators comb tips, video and social media to identify and arrest suspects across the country.

A team of senior federal prosecutors are investigating more serious charges, including sedition and conspiracy related to the “most heinous” acts at the Capitol, acting U.S. Attorney for D.C. Michael Sherwin said Tuesday. 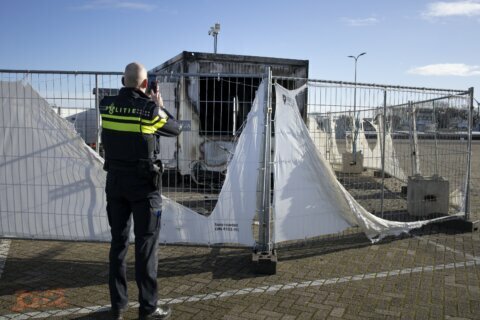