It’s a tradition that marks the annual arrival of spring in the D.C. area: the rosy flush of blossoms peeking out from the branches of the iconic cherry trees ringing the Tidal Basin.

This year, peak bloom for the cherry blossoms is expected to be between April 2 and April 5, depending on weather conditions, the National Park Service announced Monday.

Word of the cherry blossoms’ peak bloom dates came as D.C. officials and organizers of the National Cherry Blossom Festival announced plans for a series of “hybrid” festivities, which are set to kick off this month amid continued coronavirus restrictions.

Jeff Reinbold, National Park Service superintendent for the National Mall, said park service officials are calling on people to stay home and enjoy a peek of the cherry blossoms online through the park service’s BloomCam — and not to pack the Tidal Basin given the restrictions on large gatherings.

“This year the National Park Service and our cherry blossom partners are asking everyone to experience peak bloom virtually,” Reinbold said Monday.

Last year, D.C. police and the National Guard were dispatched to limit large crowds of people flocking to the blooming cherry trees along the Tidal Basin amid the early days of the pandemic.

“We want to make sure … we don’t have a repeat of last year: We do not want large crowds down at the site,” Reinbold said Monday.

The park service is still evaluating whether to allow a limited numbers of visitors based on the time or day. “Or is the prudent thing to do just to close the entire site?” Reinbold said. “We’ll look at all of those, and then in the coming days and weeks we’ll share with everyone what the plan is.”

Reinbold said the park service is upgrading its virtual options this year. In addition to the BloomCam, which offers a 24/7 real-time look at the Tidal Basin and surrounding areas, the park service is adding an on-demand 3.3-mile virtual tour and 360-degree bike ride experience.

How does this year’s peak bloom date compare?

Peak bloom is defined by the park service as the dates when at least 70% of the National Mall’s Yoshino cherry blossoms are open. Once peak bloom is reached, the trees typically stay in bloom for the next seven to 10 days.

The peak bloom projection is based on a variety of weather conditions and could be moved up or delayed.

This year’s date range is later than last year’s, when peak bloom was reached on March 20, according to park service records.

Forecasting the peak bloom was thrown off in 2017 when a late frost in mid-March killed off about half the Yoshino blossoms. The surviving blossoms reached peak stage on March 25 that year.

The arrival of the cherry blossoms is usually accompanied by a parade and other splashy events. Organizers have already said the traditional cherry blossom parade will not take place this year because of health restrictions.

However, there will be a series of “hybrid events” to keep the spirit of the spring-themed event alive, which business and tourism leaders said is critical for the District’s tourism sector to recover from pandemic losses.

“In keeping with the festival tradition we will unite the city and the region, engaging local businesses and restaurants, and we’ll be in bloom with pink lighting and blossom decor,” said Diana Mayhew, president and CEO of the National Cherry Blossom Festival.

Special events and additions this year include 25 blossom-themed art sculptures — designed by local artists — in each of D.C.’s eight wards.

In addition, a “petal processional” will bring a mini-version of the traditional parade to different neighborhoods. There will also be a nationally syndicated TV show with celebrity performances hosted by Drew Barrymore.

Familiar events such as the “Pink Tie Party” and the traditional cherry blossom-themed 10-miler will go entirely virtual.

Last year’s festival, which came amid the first wave of coronavirus restrictions in the D.C. region, was canceled.

“While this year, it will not be safe for thousands of people to gather as we have in years past, residents and other Americans can still fully embrace the beauty and rich history of the cherry blossoms,” said John Falcicchio, D.C.’s deputy mayor for planning and economic development.

Over the past year, the pandemic took a large bite out of the District’s annual $5 billion tourism economy, said Elliott Ferguson, president and CEO of Destination DC.

“The National Cherry Blossom Festival for us is the key to helping bringing visitors back to the city,” Ferguson said Monday. “It’s the beginning of the season, not only for visitation but also for meetings, and we’re looking forward to getting back on track.” 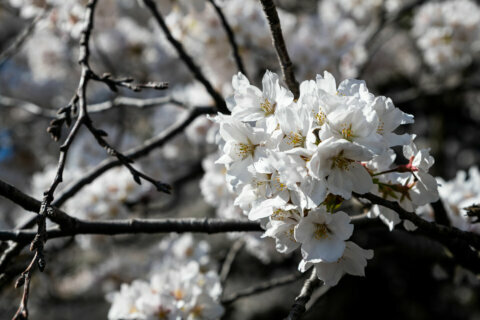 What will cold, blustery weather mean for DC’s cherry blossoms? 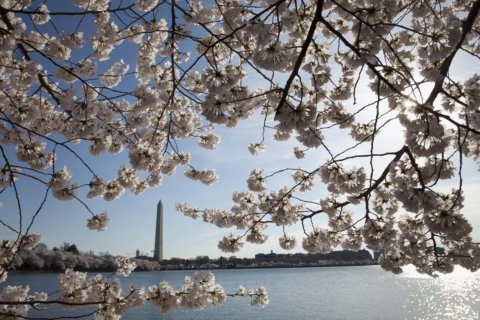 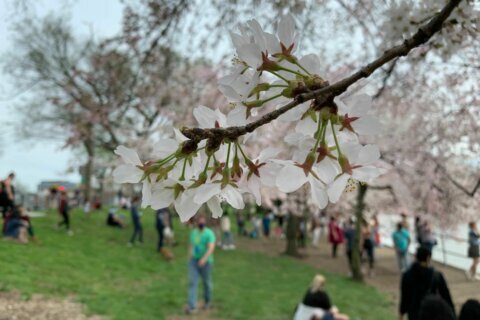