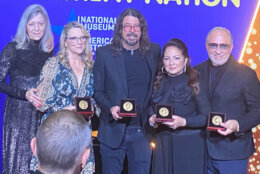 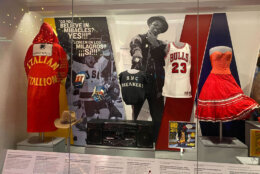 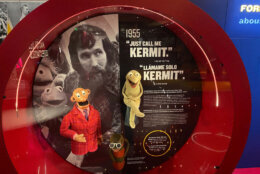 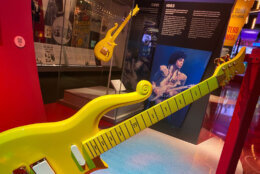 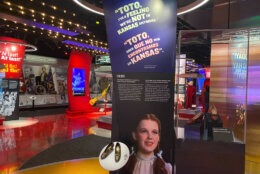 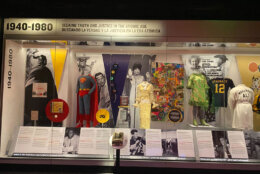 The ceremony was held in a small room on the second floor of the museum, and the artists who received the medals were humbled by the acknowledgement of their talents and the impact it has had.

“I am speechless — and for a Cuban that’s very difficult,” Gloria Estefan said after getting her medal.

A common theme in all the speeches was about the community that music can foster: “Music really unites us,” she added. “Throughout the world I’ve been able to experience … the connection that music makes.”

The ceremony was held ahead of the opening of a new wing that explains how the story of America has been told through pop culture. Emilio Estefan noted how important it was that the new exhibit honors so many diverse voices that helped influence America.

“We live in the best country in the whole world. Dreams come true,” he said. “I hope this is not about me and Gloria. This will inspire minorities, people that have dreams. Doesn’t matter if you’re African-American, you’re Latinos, you come from other countries. We’re lucky and blessed to live in America.”

Rock star Dave Grohl, who grew up in Springfield, Virginia, talked about visiting the museums in the 1970s and 80s on school field trips, and also in the summer as a way to escape the heat.

“We got to grow up here and experience so much culture and so much art, and realizing that all of the things here at the Smithsonian really do sort of lay a foundation for the dreams that you have later in life,” said Grohl.

He said he shared the award with all the other musicians he’s played with in life.

“I’m going to cry,” said Tedeschi, who paid tribute to the other musicians she was honored with, and counted her blessings that she was born an American.

“I started playing guitar almost just to prove the point that women could play guitar,” she said with laughter. She also thanked her brothers for telling her she wasn’t a good singer when she was little. “It made me work harder,” she admitted.

After the ceremony, Tedeschi called it surreal and humbling.

“It means the world to me,” she said. “This is an amazing museum that has meant so much to me growing up. It has so many different aspects to it and being included in any way, shape, or form is really an incredible honor.”

“To our family, to our kids — to our grandson now — it’s so incredible that they can walk through these doors and see what his grandparents did, what his parents did, and they can realize the importance of keeping that culture alive,” said Gloria. She and her husband both have items on display inside the museum. “To be celebrated for maintaining your cultural roots and being a success here — it says a lot.”

Emilio Estefan said leaving a legacy for other minorities was important to him. “Don’t let anybody tell you that it’s not going to happen. You just have to work harder to prove some things. We proved today that we never forgot who we are.” 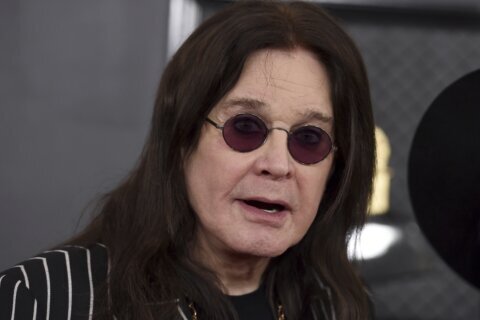 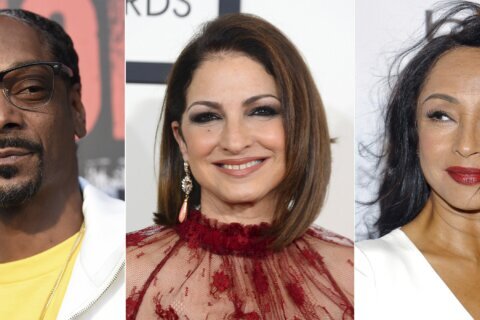