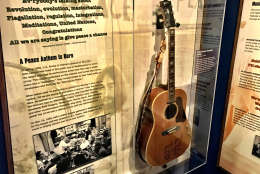 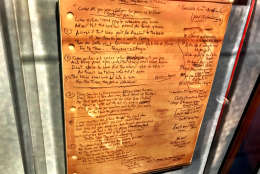 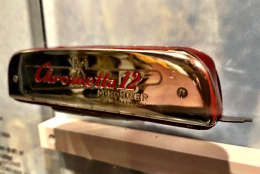 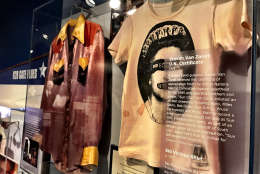 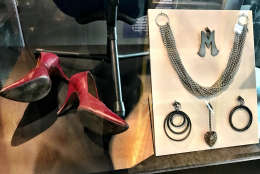 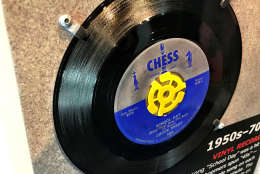 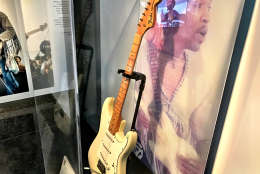 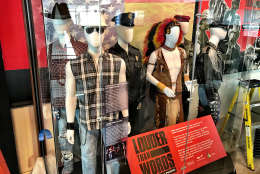 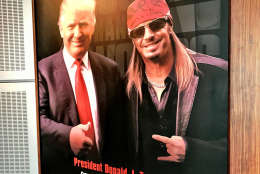 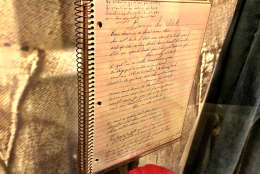 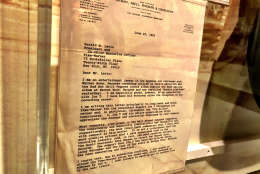 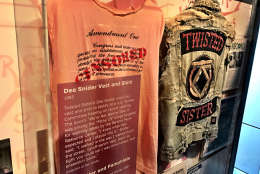 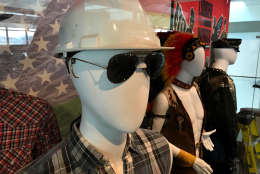 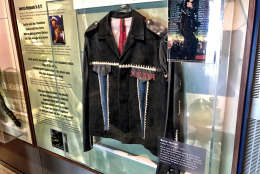 WASHINGTON — Looking at the original handwritten words of “The Times They Are A-Changin'” scrawled on a five-hole piece of notebook paper, it’s clear Bob Dylan knew what he wanted to say.

With only three or four words crossed out and substituted, Dylan’s manuscript is one powerful example of what can happen when music intersects with politics and social movements.

“It was one of those earliest anthems of, ‘Wow, social change is happening,'” said Carrie Christoffersen, curator of collections at The Newseum.

“Louder Than Words: Rock, Power and Politics” opens Friday in the museum about news, and runs through July 31, 2017.

In a tour during final preparations for the exhibition, instruments and clothes owned by influential musicians stand as reminders of how during times of political and social discord,  music can both soothe or stoke tensions.

The Fender Stratocaster used by Jimi Hendrix at Woodstock during his rendition of “The Star-Spangled Banner” is on display.

“The searing wild rendition of the national anthem drew some criticism at the time, but Hendrix always viewed it as his emotional outpouring about America and the times,” said Christoffersen.

The white T-shirt and jeans worn by Bruce Springsteen on the cover of the “Born In The U.S.A.” album is displayed next to Springsteen’s handwritten lyrics in a notebook.

A few steps away are the handwritten lyrics to Green Day’s “American Idiot.”

“We were able to partner with the Rock & Roll Hall of Fame, in Cleveland, so there are pieces in the exhibit from their collection, from our collection and a wide variety of third-party lenders,” said Christoffersen.

Remembering George Wein: ‘I think I left my mark with people’