SPIELBERG, Austria (AP) — Formula One drivers were quick to condemn the behavior of some abusive fans at the Austrian Grand Prix.

F1 said prior to Sunday’s race that it had received reports from fans who had been verbally abused, without giving further details.

Seven-time world champion Lewis Hamilton was upset when he heard about what had taken place at the Red Bull Ring in Spielberg.

“It just highlights that it’s still an issue all over, it comes down to education and, of course, ignorance,” Hamilton said. “People should come, should feel safe, should feel included and should be able to follow whoever it is you want to follow. (It) shouldn’t matter (about) your gender, your sexuality, the color of your skin. It should just be everyone here to have a good time.”

“We have been made aware of reports that some fans have been subject to completely unacceptable comments by others at the Austrian Grand Prix,” F1 said in a statement. “We take these matters very seriously, have raised them with the promoter and event security, and will be speaking to those who reported the incidents.”

The Red Bull Ring was sold out with more than 300,000 fans attending over three days.

“These things shouldn’t happen. I read a few things, a few shocking things, so that’s clearly not OK,” said defending world champion Max Verstappen, who drives for the Red Bull team. “I think there should be a general understanding that these shouldn’t happen.”

“One thing can be improved with security around places, keep people more in check,” he said. “Sometimes when you drink alcohol you can do stupid things. I don’t say this as an excuse, but these things can be regulated. There’s a certain amount of alcohol maybe.”

Race winner Charles Leclerc of Ferrari said people have a duty to be vigilant toward others.

“I believe that as a community, people who are witnessing any type of harassment should act and do something,” he said. “If we manage to find these people we need to take hard action, they shouldn’t be allowed to be anywhere close to our sport.”

“We are shocked to hear that there have been some incidents of abusive behavior in the grandstands and the fan parks,” he said. “This is completely unacceptable and we hope that security and the authorities deal with this swiftly as there is no place for it in racing or society.” 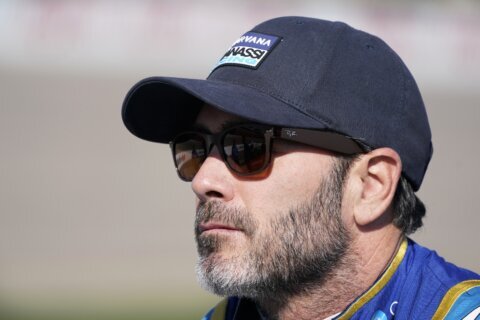 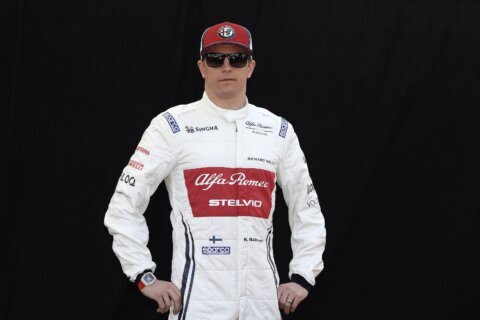